(For U.S. Residents only)

With the pandemic,  I was unable to make personal appearances and do speaking engagements, so I have paperback copies of some of my books available for purchase. Autographed books make wonderful gifts, but quantities are limited so grab your copies while you can.

To purchase your book(s) of choice, use the drop-down menu under each one and select your preferred method of receiving your goodies. Depending on where you live, Media-rate could take 5-10 from the shipment date. First-class general takes 3-5 days.

To view your cart, scroll to the bottom of the page. Questions? Contact me at lindasmatchett(at)yahoo(dot)com.

Please note that the edition of Love's Harvest you are purchasing features the original cover. 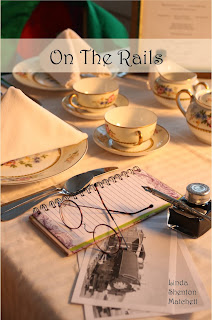 Can Katherine carve out a new life in the stark Arizona desert?
Warren, OH 1910: Devastated after an embarrassing public break-up, Katherine Newman flees the probing eyes and wagging tongues of her small town. Hired as a Harvey Girl, she begins to put the painful past her until a suspicious fire forces her to reevaluate her decision to leave home.
Henry Jorgensen loves Katherine with all his heart, but when the family's lien holder calls in the mortgage, Henry must set aside his own desires to help his parents meet their financial obligation. Then Katherine leaves town, and he realizes he's made the biggest mistake of his life. Can he track her down and convince her to give their love a second chance?
Love Found in Sherwood Forest: $12.00.
Please note the edition you are purchasing features either the first edition or second edition covers. The cover on the left is the original publication with Lovely Christian Romance Press. The cover on the right is the second edition. Indicate your cover choice when ordering. 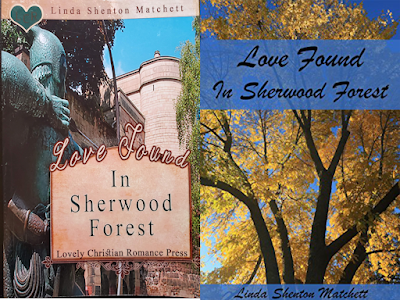 Can a girl ever really go home again?
Award-winning Broadway actress Leighanne Webster has it all until an on-stage panic attack brings her career crashing to the ground. Returning to England to help produce the annual Robin Hood Festival play could be the diversion Leighanne needs. But with ex-fiance Jamison Blake as the play's director, focusing on her new job won't be easy.
Breaking his engagement with Leighanne so she could pursue her dream of being a Broadway star was the hardest thing Jamison Blake ever did. When she returns to Nottingham, his heart insists he made a mistake. Can he convince her to give their love a second chance, or will he have to let her go again? This time forever.
Under Fire, Ruth Brown Mystery Series, Book 1: $15.00 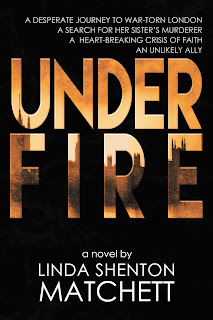 Set in April 1942, Under Fire tells the story of Ruth Brown whose missing sister, Jane, is declared dead. Convinced her sister is still alive, Ruth follows clues from their small New Hampshire town to war-torn London trying to find her. Discovering that Jane has been murdered results in a faith crisis for Ruth, and she decides she must find Jane's killer. With the help of a German resistance member, Ruth catches the culprit and restores her trust in God.
Murder of Convenience, Women of Courage Mystery Series, Book 1: $15.00 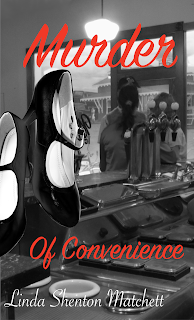 Betray, blackmail, and a barrage of unanswered questions.
May 1942: Geneva Alexander flees Philadelphia and joins the USO to escape the engagement her parents have arranged for her, only to wind up as the number one suspect in her betrothed's murder investigation. Diagnosed with a degenerative eye disease, she must find the real killer before she loses her sight...or is convicted of a murder she didn't commit.
Set in the early days of America's entry into World War II and featuring cameo appearances from Hollywood stars, Murder of Convenience is a tribute to individuals who served on the home front, especially those who did so in spite of personal difficulties, reminding us that service always comes as a result of sacrifice.