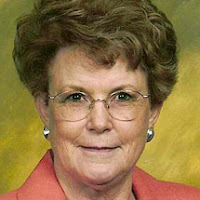 Linda:  Thanks for joining me today. Your latest book, Peach Blossom Rancher, sounds intriguing. Where did you get the inspiration for the plot?

Ada: Since the book is the sequel for The Lady Fugitive I knew John Lincoln Parks, Jenny’s twin brother, would be the leading man and own the ranch. But he’d have a mess of trouble since his uncle sold all the horses and neglected the peach orchards.

He met the beautiful Valerie at his sister’s wedding, and they have stayed in touch and he has his eyes on her. Yet, she’s a widow whose young husband was murdered, and she’s not over her mourning period.

I knew I’d have two other eligible young women in the book, but I didn’t know myself which one would own his heart.

A complication with Valerie occurs when she decides to try to get three people wrongly diagnosed freed from the state asylum.

A young gal who works a neighboring ranch because her father had been injured, is a pest, has a temper, but she thinks she’s been in love with John since they were kids. She provides humor and some suspense.

John Parks and Polly, a fantastic woman from the last book who has been in John’s home since he was born, try to help an orphaned young lady when they find her about to give birth in their barn. We learned in The Lady Fugitive that the pregnant girl was assaulted by her employer’s son.

LM: You have made a career in writing, first as a journalist, and now as a novelist. What is your favorite part of the writing process?

Ada: I’ve also written non-fiction books and articles for Christian publications all my adult life. My The Springfield News Leader was “Why Do People Risk Using Heroin?” 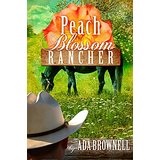 favorite thing is when a character seems to take the story and I feel like I’m reading it instead of writing it. In non-fiction, I enjoy the inspiration and truths that come only through the Holy Spirit as I meditate on a subject and research what the Bible says. My favorite part of newspaper work was meeting people, getting the facts about what is happening or happened, as well as picking their brains about what they know, what they do and what they’ve experienced. I still write op-ed pieces for newspapers. My most recent one in

Ada: I have devotions when I get up in the morning, but the most important thing I do for fiction or non-fiction is think. I often lie awake at night with characters and their troubles coming alive and sometimes I get writing ideas.

LM: Part of Peach Blossom Rancher revolves around an insane asylum. What sort of research
did you do, to ensure historical accuracy?

Ada: As a journalist a former asylum was on my beat. I was given historical documents, extensive information, and I interviewed the superintendent (numerous times), the mentally ill, workers, including psych techs and guards, and visited most of the divisions in the Colorado Mental Health Institute at Pueblo (in Colorado). 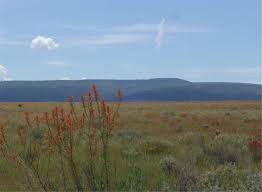 LM: You live in Colorado which many say is heaven on earth. If money were no object, what is your idea of the ultimate vacation?

Ada: A great family reunion on Grand Mesa or Glade Park. Visiting again the area around Grand Junction such as the Colorado National Monument; the Fruita and Grand Junction churches we attended; as well as the two homes in Fruita where we lived.

Ada: I’ve done a lot of stupid things in my life. When I got married I knew a couple where the man had an affair and the woman didn’t have a clue. So I decided to be unpredictable because my husband worked shifts at the railroad, often coming and going at midnight. Sometimes I’d be up; others I’d be in bed. One night I stayed up and it was near 2 a.m. when I, in a panic, wondered what I was going to do after I threw my husband out. We had no phone and only one car. Suddenly I remembered I’d kept the car—and I was supposed to pick him up! That cured me of suspicions and we’ve been married 64 years in October.

Ada: I have several thousand words done on the third book in the Peaches and Dreams series, and I’m enjoying using a few events from my mother’s life. The leading lady, Ritah, is spunky, and believes women should become achievers because they might need to support the family. I also have about 100 articles published by The Pentecostal Evangel I’m making into a book. Many were written in typewriter days, and I’ve had to enter them in the computer. Interesting true stories, and interviews—stories such as “Are Christian Marriages Better?” “The Crutches on the Wall,” and “What Prayer Can Do.”