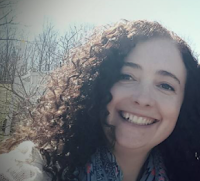 Shane Phillips had given up hope of ever meeting the nephew born to the woman his brother assaulted. After checks he sent to Aubrey Anders were returned, Shane decided the most he could ever do was pray for the Anders family. When Shane discovers that he and Aubrey work for the same graphic arts company, he must find a way to assure her he means no harm before both Wyoming branches meet for a conference.
Aubrey thinks she has worked through most of her trauma with the help of her psychologist and loving community. However, meeting Shane Phillips seems to have unleashed suppressed anxiety and insecurity. But as their paths continue to intersect, Aubrey begins to wonder if Shane could be part of God's plan for her despite their painful connection.
His Brother's Atonement is a standalone novel as are the other novels in the Whispers in Wyoming multi-author series.
Purchase Link: http://www.amazon.com/dp/B09XKNR9NM
Posted by Linda Matchett at 1:30 AM