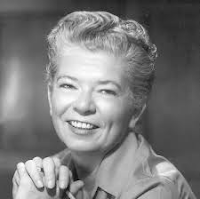 I am continuing my project to read mysteries written by some of the lesser known or forgotten authors from the 1930s and 1940s. A writer I recently stumbled on is Charlotte Armstrong Lewi. An Edgar-award winner for her book, A Dram of Poison, she also wrote under the names Charlotte Armstrong and Jo Valentine. Born in 1905, she started her career in the advertising department at The New York Times then became a fashion reporter for a buyer’s guide.

After marrying, she raised her family while writing poetry and plays. It wasn't until the 1940s that she began to write mysteries. Her first novel, Lay On, Mac Duff! was published in 1942. The book was an immediate success and resulted in a three-book series. She switched to suspense and went on to write 29 novels, six of which were adapted to the Silver Screen.
In an interview after her death, her son Jerry said, “Her idea with this first mystery was to create a recurring character, a professor who dabbled in crime named MacDougal Duff. Duff was featured in two other mysteries whose titles also came from Shakespeare that I would call conventional who-dun-its as it was your job as the reader to figure out who the criminal was based on clues sprinkled throughout the story. How our mother, an apparently traditional housewife and mother, came up with the sometimes rather grisly crimes has always been a mystery (pardon the play on words) to the family.” 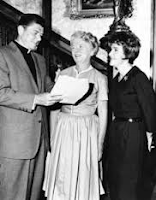 For those of you looking for something different for your “to be read” pile, consider this award winning author.
Posted by Linda Matchett at 5:00 AM