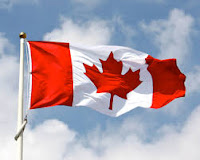 I’ve done some traveling and enjoy exploring the differences offered by other countries. I had an interesting experience I had a few years ago was when we visited Collingwood, Ontario, Canada. To my surprise, it looked exactly like the U.S. It didn’t feel like we were in a “foreign country.” The same restaurant and grocery store franchises peppered the streets, and we could purchase all the brands we knew. The architecture was similar as was the landscape. The only difference was that everywhere we looked hung the Canadian flag. It was a bit disconcerting – my mind struggled to reconcile the situation.

In that same vein, I wonder how frightening it was for the French to see the Nazi flag hanging within their capital city. They couldn’t “go home.” They were home, and yet their enemy’s flag flapped in the breeze above their heads.

As with any historical event, there are multiple viewpoints about what happened, even among eye witnesses. With governmental papers coming to light or being declassified, some scholars are now purporting that the French, and especially the Parisians, were active rather than reluctant collaborators. Statements such as “the Germans could not have succeeded as well as they did in rounding up…illegals if it hadn’t been for the local police force.”

Frankly, I’m not sure how I feel about that statement. It seems easy to opine about someone’s behavior when one has not walked in their shoes. I’d wager that if people had to choose between saving their family member over someone else’s, the decision would be a “no brainer.”

Life during the occupation was incredibly difficult. Rationing was in effect, and distribution of cards was done according to age and food needs. No meat was provided, and most food available had little nutritional value. Supply of coal to the general public was non-existent, and the black market flourished. Jews who had not been sent to concentration camps were required to wear the yellow Star of David on their clothing. (They may as well have had a target painted on their back.) Car travel was only allowed by those favored by the Germans. Propaganda posters, films, and leaflets were everywhere. Many young and middle-aged men were in prison, concentration camps, or underground.

For Paris, nicknamed “The City of Light,” the occupation was a dark time.