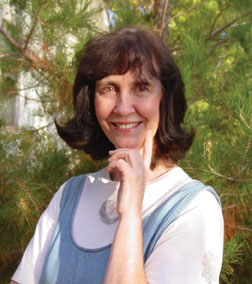 Linda Weaver Clarke is visiting again, and I'm thrilled to be discussing her latest release. Pull up a chair and get to know this fascinating lady!

LM: Congratulations on your most recent publication, The Fox of Cordovia, book 3 of your fabulous Rebel series.

Here's the description: In this swashbuckling romance, a sinister plot has just been uncovered and it’s up to a former patriot and a young nurse to discover who is behind it. Caroline is engaged to the future mayor of Laketown, a man of influence and greatly respected. But all that changes when she overhears a conspiracy behind closed doors. After being discovered, she runs for her life. Caroline needs to report her findings, but whom can she trust? When she asks Jesse Conover for help, the adventure begins.

“Swashbuckling” is used in the description. I love that! What was your inspiration for this story?

Linda: This series was inspired by the stories of patriots who fought to be free from the dictatorship and tyranny of a king. Liberty is something that I cherish, so I decided to write about a small country that struggles to be free. The idea of a country that has to fight for its liberty stayed in my mind for a long time until I created The Rebel Series. In book 3, The Fox of Cordovia, the country has had its liberty for 3 years, but there is a plot that threatens their freedom.

LM: Did you set out to write a series or did that just happen?

Linda: No, I didn’t plan on it being a series. After receiving some wonderful reviews and encouragement from readers to continue the story, then I decided to write book 2 and 3.

LM: You write romance, mystery, non-fiction, and children’s books? Do you have a favorite genre?

Linda: My favorite genre to write is a mixture of romance, mystery, and adventure. I absolutely love stories that are page-turners, which have some mystery and suspense. To make a story that is a page-turner is a real challenge.

I love a romance where the man and woman know they are meant for one another, even though there are trials along the way. Since I don’t care for drama between a couple who is in love, I need to have enough drama in the main plot of the story.

My favorite time period is during the 18th and 19th centuries. It’s during a time when men defended a lady’s honor and treated women with respect. The women, on the other hand, were not pansies. I love the fact that many of the women fought for what they believed.

Linda: I’m not sure if I’ve ever done anything quirky. I must be very dull. I can share a very
interesting childhood story, though.

When I was young, my father would tie six sleds together in a long line and then tie the first sled to the back of the car. We lived in the country and the roads were packed with snow, so it was perfect for sledding. He would pull our sleds down this country road and we had so much fun. The first sled was actually wide enough for two people to lay on and it was my favorite. The last sled was my least favorite. When we passed a home with a dog, it would chase after the last sled, barking as it ran after it. I remember hearing my brother, who was on the last sled, laughing and yelling at the dog, as it chased him.

LM: How fun! Here are some quickies:

Linda: Music. I love listening to music. My family. I love playing games with my children. My husband. I enjoy being about him, just talking, watching movies, and going on short vacations together.

LM: What advice can you give to not-yet-published writers?

Linda: Make sure you do research on the subject you’re writing about. People notice if something isn’t quite right.

For example, I wanted to know if they danced the waltz in the late 1700s, since that was the time period for The Rebel Series. I couldn’t have my characters dance the waltz if it hadn’t been created.
When I did some research about the “waltz” for The Highwayman of Cordovia, I was surprised by what I found. The peasants were the first to dance the waltz. It was such fun that bored noblemen would sneak out and go to the country-dances. The Oxford English Dictionary back then called the waltz “riotous and indecent.”

In a 1771 German novel, someone complains about the “newly-introduced waltz” among the aristocrats. He wrote: “When he put his arm around her, pressed her to his breast, cavorted with her in the shameless, indecent whirling-dance of the Germans and engaged in a familiarity that broke all the bounds of good breeding—then my silent misery turned into burning rage.” I was so intrigued by this description and it made me laugh. The waltz finally became fashionable when the wife of a Russian ambassador endorsed it.

LM: Where can folks connect with you?

Linda: To read a sample chapter from each of my books in The Rebel Series, go to http://www.lindaweaverclarke.com/historicalromance.html and click on the title. To purchase a book, click on the book cover and it will take you directly to Amazon. My books are also available at Barnes and Noble.

I really like book trailers because they can help readers feel what a book is like and whether they’re interested in reading it. Here is a trailer for each of my books.