According to one of the “national calendar days” websites, today is Sadie Hawkins Day. Only vaguely aware that the “holiday” entails gals asking out guys, I decided to look up the history of this auspicious occasion. I was surprised to discover the day stems from the L’il Abner comic strip started by cartoonist Al Capp (born Alfred Caplin) in 1934.

Capp arrived in New York City in 1932 with less than $5.00 in his pocket, and lots of ambition in his heart. He secured a job creating advertising strips, but soon found work with the Associated Press. Hating it, he quit after only a few months and moved to Boston where he met and married Catherine Wingate Cameron. Continuing to seek fame and fortune in cartooning, he moved back to New York where he was hired to ghost on Joe Palooka.

Working nights on the strip that would eventually become L’il Abner, Capp finally found success. Launched in eight newspapers on August 13, 1934, the cartoon was an immediate hit. Considered a classic of the genre, according to Wikipedia “what began as a hillbilly burlesque soon evolved into one of the most imaginative, popular, and well-drawn strips of the twentieth century.” Some of the characters who appeared include Hairless Joe, Lonesome Polecat, Evil-Eye Fleegle, Lena the Hyena, Senator Jack S. Phogbound, Available Jones, Nightmare Alice, and of course the gals Wolf Gal. Stupefying’ Jones, Moonbeam McSwine, and Daisy Mae (all of whom ended up on the painted noses of bomber planes during WWII and the Korean War.)

Character Sadie Hawkins, “the homeliest gal in all them hills,” was introduced on November 13, 1937. Her father, Hekzebiah Hawkins, a prominent resident of Dogpatch, was concern his daughter would never marry. So he declared Sadie Hawkins Day, and brought all the town’s eligible bachelors together to be chased down the by the resident single ladies in a footrace, the loser winning Sadie’s hand in marriage.

The idea caught on with the public, who wanted the date commemorated each year, as evidenced by the tens of thousands of letters Capp received from colleges, communities, and church groups, as when he would declare Sadie Hawkins Day that year “so they could make plans accordingly.” The concept took on a life of its own, and by 1952, Sadie Hawkins Day was reportedly celebrated in over 40,000 venues. That same year Capp said in an article, “And how about that Sadie Hawkins Day? It doesn’t happen on any set day in November; it happens the day I say it happens.”

Apparently not, because in the United States, Sadie Hawkins Day is now officially celebrated on the first Saturday after November 9. 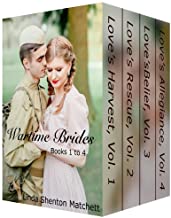