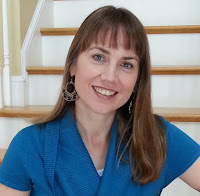 Linda: Congratulations on your upcoming release, The Duke’s Refuge. What was the inspiration for this story?

Lorri: Thank you, Linda, for having me. After being buried under the largest snowfall in Massachusetts history, I wrote The Duke’s Refuge as an escape to warmer tropical climates, and what better respite than a romantic Caribbean isle with a mysteriously missing Duke? In the process I fell in love with the beauty of Nevis, it’s rich culture, and history.

My heroine Georgia lured me in the moment I realized she only wore pink. My psychology background had me digging deeper. I needed to know why. Why the obsession? What was the root behind the hurt? Why pink? How did she go from being a Tomboy to a dignified, Regency socialite?

LM: What did you do to research the book, and did you have any special tidbits you knew you had to include in the story?

Lorri: Researching a tropical island, I must admit, was a lot of fun. I’ve visited the Leeward Islands, but for the historical elements, Vincent K Hubbard has written some great historical books on the islands of Nevis and St. Kitts filled with sugar barons, pirates, fierce Caribs, disease, and healing hot springs. Georgia’s father suffers from the ague (which in modern-day is called Malaria), which sets up the premise for where Georgia is shipped overseas to care for her ailing father.

Some other tidbits I had to add were the now extinct “Squeaking Lisards” or land pike, which were described as resembling fish with legs that made hideous noises at night. You can imagine the fun I had with my poor main character when she first hears the nighttime wail of the lizards. Another small tidbit formed when a friend of mine spoke of their family trip to visit his mother. She happened to own a parrot, and after a week of the kids yelling each other’s names, the parrot imitated their shrieking. Even long after they returned to the U.S. the bird still screeched out their names. I couldn’t resist adding a mimicking parrot for a comical element and to harass my main characters.

Lorri: I’m more of a hybrid. I have a skeleton of a book somewhat fleshed out, but not so much so that when a character decides to do something unexpected, I can’t roll with it. (By the way, my characters love to do that to me. In my current work in progress, my strong hero surprised me by passing out at the sight of blood.)

LM: The Duke’s Refuge is part of a series. Did you set out to write a series or did it just happen?

Lorri: The Duke’s Refuge initially started as part of a Regency England abroad series, but my publisher, Wild Heart Books, liked the idea of a Leeward Island series. I was excited to continue writing about the Caribbean. I’d already started writing a second book, so instead of having the heroine travel to Boston, I re-routed the ship to St. Kitts.

LM: You live in Massachusetts, an area rich in colonial (and prior) history. What is your favorite historic site in the state?

Lorri: It’s hard to choose, but Paul Revere’s home has been a favorite of mine, along with the brownstone houses of the Back Bay area. The gold dome of Beacon Hill was built to represent “A shining city on a hill” based on Matthew 5:14-16.

Lorri: I dabble a bit in art and set design. I used to teach art at Metrowest Christian Academy in Ashland but left to pursue writing. Now, I appease my art urges by creating VBS (Vacation Bible School) sets for my church. When I find the time, I particularly love painting portraits and have always admired artist Mary Cassatt. I hope to further live out my love of art through my next heroine, who strives to become a famous portrait artist, working in oils during a time when women were expected to only dabble in watercolor landscapes.

LM: Book two in the series, The Merchant’s Yield comes out in April. What are you working on now?

Lorri: Besides being in various stages of editing of book two, The Merchant’s Yield, and book three, The Sugar Baron’s Ring, I’m now researching and plotting a Boston Brahmin series. The setting takes place during a prosperous, antebellum period for Boston between the Revolutionary War and Civil War when Bostonians pioneered maritime, textile, and railroad commerce. Wealthy family ties conjured elite factions who invested in the humanities, arts, and sciences, but also created rising social tensions between the poor and Boston’s aristocracy.

Lorri: I have three teenage boys who are amazing young men and a wonderfully supportive husband, but all the wrestling, football, lacrosse, and tough-guy testosterone led me to seek a girlie outlet in writing romance. I’m a tea fanatic, even though my husband is working hard to convert me to coffee, and our local grocery store loves me because I buy at least seven gallons of milk a week for my boys to guzzle down.

I believe readers should be led on a heart journey. Romance should allow for an escape from everyday life. It should also lead us to a better understanding of the human condition and how God views us. I believe readers, like the heroines and heroes of stories, are not static creatures and can discover different aspects of themselves through empathizing with characters' comical mishaps and dramatic misunderstandings. I believe romance novels can depict a fallible human heart that can be made whole again by a merciful creator and remind us of the hope for the same.

Linda: Where can folks find you on the web?