Located in the Midwestern United States, Missouri’s history hearkens back several hundred years with the Osage and Missouria Native American tribes. The state is bordered by eight states: Iowa, Illinois, Kentucky, Tennessee, Arkansas, Oklahoma, Kansas, and Nebraska. With the Ozark Mountains, Missouri and Mississippi Rivers, and large forests, the geography is rich in flora and fauna. In 1764, the fur trade was found by Frenchmen Pierre Laclede and his stepson Auguste Chouteau. Three years later the Spanish arrived.

St. Louis became the center of a regional fur trade with Native American tribes that extended along the Missouri and Mississippi rivers and dominated the economy for decades. The rivers were used to ship the furs down to New Orleans for export to Europe. The industry and the associated businesses made St. Louis a financial center and saw a large influx of wealth and luxury items. Shipment of agriculture products also created a boom in the economy, and the invention of the steamboat increased river trade even more.

Acquired during the 1803 Louisiana Purchase, Missouri became known as the Gateway to the West because it served as a departure point for many expeditions, including the Lewis and Clark Expedition. The Oregon, Santa Fe, and California trails all began in Missouri, and the Pony Express got its start in Missouri.

After the territory was admitted as a slave state in 1821 (as per the Missouri Compromise), many of the early settlers migrated from the south and brought slaves with them. A decade later, Mormons and Canadians began to arrive, and conflicts were common. The Mormon War erupted in 1838, and the following year an “Extermination Order” was passed, and the Mormons were expelled, and their lands confiscated. Tensions over slavery continued, and the population exploded.

Many of the newcomers were Irish and German immigrants and found themselves on opposing sides of the slavery issue. Missouri voted to remain within the Union, however, a pro-Confederate group of politicians fled to the southern part of the state and voted to secede. However, as they never controlled any part of the state, the act was merely symbolic.  The state was the location of nearly fifty battles during the Civil War. 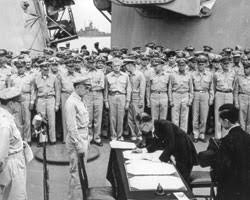 The expansion of the railroad and the Texas cattle industry after the war, made Kansas a major meatpacking center. By the time World War II arrived, Missouri had transition from a rural economy to that of a mixed agricultural-service-industrial economy. Multiple military bases and Prisoner-of-War camps were constructed around the state, and almost 450,000 Missourians served in the military. Defense industry plants sprang up such as Lake City Army Ammunition Plant, Pratt & Whitney (engines), North American Aviation (bombers), Westinghouse, and Bendix Aviation.

Perhaps most memorable is that the USS Missouri was the last battleship commissioned by the US, and was the site of the surrender of the Empire of Japan which ended WWII. Some well-known Missourians include Chuck Berry, Walt Disney, Edwin Hubble, Harry S. Truman, and Mark Twain.

Have you ever visited the Show Me State?

Will she have to run from the past for the rest of her life?

Dinah Simpkins has no chance of making a good marriage. Her outlaw brothers and her father’s gambling addiction have ruined the family’s reputation. Then the Westward Home and Hearts Matrimonial Agency provides an opportunity for a fresh start. After Dinah arrives in Nebraska, she discovers her brothers played a part in the death of her prospective groom’s first wife.

As a former Pinkerton detective Nathan Childs knows when someone is lying. The bride sent by the matrimonial agency may be beautiful, but she’s definitely hiding something, and he has no intention of marrying her until he uncovers the truth. But an easier solution may be to send her packing. Then his young daughter goes missing. He and Dinah must put aside their mutual hurt and mistrust to find her.

An exciting addition to the “Westward Home & Hearts” series, this story is a Christian western romance. Easily read as a stand-alone.