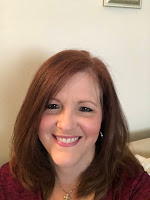 Linda:  Welcome back! Thanks for joining me today. Congratulations on your debut Love Inspired Suspense novel Accidental Target. It sounds intriguing. What was your inspiration for the story?
Theresa: Thank you so much for having me, Linda.
I’m a pantser, so when I started the story it began with the idea of what would happen if someone was involved in a car accident and suddenly became the target of a killer. I think I was watching the news when I came up with it. From there, the characters began to take over.
LM: Getting a book accepted by Love Inspired is a big accomplishment. How did the opportunity come about?
Theresa: I just so happened to be on Facebook and saw a post by Emily Rodmell announcing The Great Love Inspired Author Search. I was working on a suspense and had the first six chapters written, so I decided to enter for feedback. I never dreamed I would end up with a contract! I polished up the first three chapters, wrote a synopsis, and a query letter, then sent it off. In the meantime, I continued writing the book. After I got the request for the full, I started to get really nervous. Emily Rodmell was the editor who received my submission and she gave me edits to do based on those first three chapters. After getting “The Call” I still had more edits to do, but Emily’s ideas really brought the story together. Even if I hadn’t been offered a contract, just getting the chance to work with her and learn from her has made me a better writer.
LM: With your son in law enforcement, you’ve got a ready-made subject matter expert close at hand. What other research did you conduct for your story?
Theresa: I also have a son who is a volunteer firefighter and we have several other police officers in the family, so I’m very fortunate to have plenty of experts I can reach out to for help. Some of my research also came from reading articles online, books about law enforcement, listening to podcasts and watching lots of YouTube videos. I watched a video on how to escape zip-ties to help me with a scene in the book. Great knowledge to have but I hope I never need it in real life!
LM: How do you decide where to set your stories?
Theresa: I’m a native Texan, and Texas is a BIG state. There’s literally every type of landscape you can imagine here. I like setting my books in fictitious Texas towns that resemble real towns.
LM: If money were no object, where would you vacation?

Theresa: Oh, that’s an easy one! I would travel to Scotland and visit a real castle. Many years ago, I researched my dad’s family, and with the help of relatives, traced it back to 16th century Scotland. I’ve wanted to visit there ever since.

LM: Quickies:
Theresa: Favorite Childhood book: The Little House on the Prairie series
Favorite food: Mexican food
Favorite way to spend a day off: Writing (because I’m a full-time teacher.)
LM: What is your next project?
Theresa: I’ve got a couple of them, but one I’m working on right now is about a serial killer who is tormenting a female police officer. Although, she’s pretty tough and she doesn’t scare easily. It’s fun writing about a female character who can handle herself in just about any situation.  She also has a handsome Texas Ranger helping her hunt down the killer. It will be interesting to see how they pull it off!

LM: Where can folks find you on the web?
Theresa: I have a website at www.theresalynnhall.com and I’m on Facebook at www.facebook.com/theresahallauthor. I also have other social media accounts listed on my website. I also blog to help promote other Christian authors.

On an icy road in the dead of night what she sees might get her killed.
Allison Moore can't deny what she sees—a lifeless hand sticking out of a tarp in the back of a crashed pickup truck. Seconds later, she's on the run with a murderer on her heels. Nowhere is safe and no one can be trusted...except police sergeant Jackson Archer. But with someone set on silencing her, can Jackson keep his promise of protection?
Purchase Link: https://amzn.to/32cRVQg
Posted by Linda Matchett at 1:30 AM