Wartime Wednesday: Jenny on the Job

Wartime Wednesday: Jenny on the Job 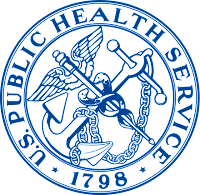 Many of the organizations we know today were created during World War II or as a result of The Great Depression. However, one organization, the United States Public Health Service, was established as a system of marine hospitals in 1798 – that’s right – nearly 150 years earlier.

One source I found indicated that as science began to understand the spread of disease, and how contagions worked, a means to control them and prevent infection was developed. Eventually, it was understood that the strategies would need buy-in from the general public to be successful. A variety of organizations and government agencies were created to implement the strategies, mostly at a municipal level. However, there was some “activity” at the state and federal levels.

During John Adams’ second presidency, Congress authorized the creation of hospitals for mariners 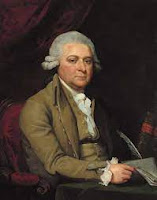 through the 1798 Act for the Relief of Sick and Disabled Seamen. As the United States boundaries expanded, the number of marine hospitals increased. Over the years, several reorganizations occurred until the hospitals were consolidated into the Marine Hospital Service. A short time later, the Surgeon General’s office and the Public Health Service Commissioned Corps were formed. In 1912, the PHSCC was renamed Public Health Services.

By 1943, PHS had eight divisions and came under the direct supervision of the Surgeon General who
understood that wartime conditions, both at home and in combat zones, can create the spread of disease. On the home front, one of the campaigns that was created to educate the public about safety and sanitation was titled “Jenny on the Job.” The series of eight posters featuring the blonde blue-eyed war industry worker was an immediate hit. Created by artist Kula Robbins (about whom I couldn’t find anything), the posters showed Jenny at work and home, lifting correctly, wearing the correct shoes, keeping clean, and having fun.

In six of the eight posters, Jenny is wearing her uniform, and all-in-one navy jumpsuit, unusual attire for a woman before the war. And in all the scenes, she’s smiling, of course. A theme that comes through (as it did in many advertisements and propaganda of the day) is that even though the women performed men’s jobs, they were to retain their femininity. Note how Jenny cautions women to “keep fresh as a daisy” and “get {their] beauty sleep.” A secondary theme is the idea of taking care of oneself in order to maintain one’s health (and ability to keep the war effort going).

The posters were displayed in the breakrooms and bathrooms of factories, shipyards, and transportation hubs – places where the women would be sure to see them.

Collecting enough points to rotate stateside, fighter pilot Jasper MacPherson is assigned to teach the WAFS how to fly the army way. Bad enough to be training women, but things take a turn for the worse when his former fiancée shows up as one of his students.
Purchase Link: https://books2read.com/u/bzg9Lj
Posted by Linda Matchett at 1:30 AM