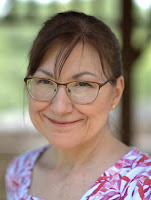 LM: Thanks for joining me today. Congratulations on your most upcoming release A Fallen Sparrow What was your inspiration for the story?

Lynne: The Great Awakening of the 1740s. I knew it had ripple effects, and so when I wrote the first book in the trilogy set during this period of great revival, I had my eye on the events of the Revolution. Our revolution was different from the bloodbath in France for a reason. Call me a nerd, but I love this stuff!

LM: I’m intrigued that you included so many real historical figures in the story. How did you go about researching the individuals, and do you worry about getting their personalities and dialogue correct?

Lynne: It all happened so organically. I wanted to place a character at the Boston Massacre. Well, 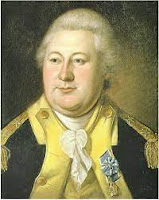 much of what we know about what happened is because Henry Knox was there. So I bought his biography, and what an interesting guy! I didn’t feel bad inventing dialogue for him. He just felt so accessible. Washington, on the other hand, only appears here and there, and I just gave him lines that are known from the historical record. I did fret a bit over my bad guy, a real-life person who went on to have lots of kids. (I couldn’t kill him LOL.) But he really did do something disturbing during the southern campaign, so I felt justified in making him nasty.

Lynne: So much happened that is foundational to our country today!

LM: In addition to being an author, you are also an editor. How do you turn off your internal editor when writing?

Lynne: I really don’t. I do tell myself that with a word processing program I can always come back to it, but it’s hard. A constant struggle.

LM: You’ve written textbooks and curriculum. How is writing fiction different than nonfiction? The same? Do you find one easier than the other?

Lynne: The curriculum I just dashed off for the class. I didn’t know any rules, just that I wanted history that was fun. So I wrote it in narrative fashion, not knowing that narrative non-fiction is a thing. You see, I never wrote fiction when I was young. Research papers I could do. So really, the textbook was the breakthrough for me, asking the question, What would it have been like to be there? Later, the jump to true fiction was natural.

Lynne: Travel more! I’ve never seen the Shenandoah Valley, Boston, or Philadelphia except in pictures, or in using the Google Maps avatar.

Lynne: I’m working on a couple of novellas for the series. One is a fleshing out of the relationship of two secondary characters from The Heart of Courage. The other is an epistolary where one of my characters from A Fallen Sparrow goes to the Constitutional Convention.

About A Fallen Sparrow

It was all Samuel Adams’s fault.

Ruth Haynes uses the pen name Honorius when she writes for her father’s newspaper. Boston has changed beyond recognition, and her Loyalist views soon get her in trouble. With war looming, what will their family do?

Jonathan Russell hides a guilty secret. The Battle of Bunker’s Hill sweeps him and his Shenandoah Valley family into the war. The unthinkable happens, and he’s forced to deal with both his grief—and his guilt.

Lieutenant Robert Shirley is summoned by his godmother and introduced to the Earl of Dartmouth, who charges him to gather intelligence in Boston. He is horrified but must obey.