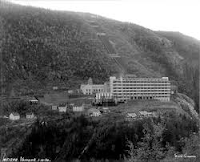 
Heavy water is a type of water that is made up of a heavier than normal hydrogen isotope. The nature of heavy water allows it to be used in the production of nuclear energy. Prior to WWII Vemork, Norway became the home of a heavy water manufacturing plant. Located at the Rjukan waterfall, the facility was the world’s largest power plant when it opened in 1911. It was converted to heavy water production in 1934.

Because they were dabbling with nuclear weapons, the Germans were eager to get their hands on the water. But the Norwegians were able to move their supply to France in 1940 before to the German invasion of Norway. However, the plant was still capable of producing heavy water, so manufacturing continued under German occupation. The Allies quickly realized they would have to destroy the facility.


An attempt was made in October 1942. Under cover of darkness, SOE-trained Norwegian operatives were parachuted into Norway. Then over the course of two weeks skied their way to the Vermork facility. In November 1942, a British force tried to land gliders on a nearby lake from which they would commence an attack. Unfortunately the gliders crashed resulting in several deaths of the crew. Survivors were captured and executed by the Nazi’s. 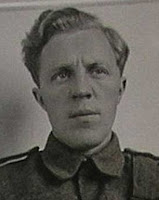 The original group of operatives was still in place and existed on lichen and moss throughout the winter. In February the Allies launched another operation, and these men were able to make contact with the first group. At a few minutes after midnight on February 23, 1943, the force descended into the ravine, crossed the river and climbed the steep hill on the other side. Using tunnels the saboteurs were able to get inside the plant where they placed explosives on the electrolysis chambers before attaching a very long fuse (allowing them enough time to escape).


The raid was successful. The entire inventory of heavy water produced during the German occupation was destroyed, as well as the equipment necessary to operate the electrolysis chamber. Over 3,000 German soldiers searched the area for the saboteurs, but all escaped. Five of the men skied to Sweden, two went to Oslo and the other four remained in the area to conduct further resistance work.
Posted by Linda Matchett at 4:00 AM