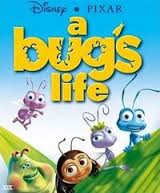 I don’t mind snakes, but I hate bugs. How about you?

However, insects can play an important part in crime solving. The field of forensic entomology goes back almost a millennium. In 13th century China a book titled “The Washing Away of Wrongs” describes the first known recorded incident where insects were used in a criminal investigation. A farmer was found murdered in a field of an apparent stabbing. The suspects were told to place their sickles on the ground. Only one sickle attracted blow flies to the trace amounts of blood hidden to the naked eye. This led to the confession by the murderer.

Advancements continued. In 166, Italian physician Francesco Redi disproved the theory of spontaneous generation. French physician Louise Francois Etienne Bergeret published a report in 1855 about the life cycle of insects that he used to prove his hypothesis on how and when the victim died.

How does medicolegal forensic entomology work? 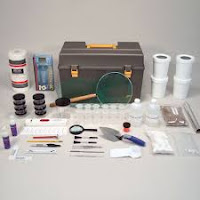 ·         Technicians collect insect evidence from the corpse and the crime scene. Depending on which insects’ eggs appear, and where they are located on the body, the medical examiner can determine the approximate time of death (also known as post mortem interval or PMI).
·         Because many insects occur only in certain places or are active only in certain seasons or time of day, potential links can be made to times and locations where other events may have occurred. This information can also indicate if a body has been moved.
·         Medical examiners must keep in mind that rain, humidity levels, sun exposure, and air exposure can impact the presence (or not) of insects.

A new subfield is entomotoxicology – the analysis of toxins in the insects found on the corpse – helps investigators determine whether drugs were present in a body at the time of death. In addition, new techniques have been developed to more accurately gather evidence at crime scenes.

Who knew bugs could be so important?
Posted by Linda Matchett at 1:00 AM