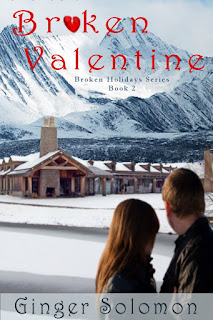 If you’re married, how did your husband propose? Mine did it in his parents’ den before we left for a wedding. Not my definition of a fairy tale proposal, by any means. Of course, a marriage is not defined by the question or by the wedding. That’s a different post for a different day. Wonderful proposals are fun to read about or watch. I’ve seen a number of them on Facebook, but when I looked online as I prepared for this post, I found a website with a post called “25 Creative Marriage Proposals.”

Number one on the list was a sidewalk chalk proposal. The man had saved all the text messages from their three-year relationship and made a path of those messages, leading to him sitting on a bench. When she arrived, he proposed. She said, “Yes” in sidewalk chalk.

Some others included a scavenger hunt, a puzzle, a fake movie scene, and there’s even one where the woman proposes (followed by his proposal—he already had the ring).

One of the videos I saw a while back is of this guy making a movie trailer, which he manages to get the theater to show before a movie his girlfriend attends. It shows him asking her father for his blessing, and then his trip into the movie theater. He times his entrance to coincide with the trailer, at which time he proposes.

These are all wonderful examples of creativity, but what if you’re expecting a proposal, and it doesn’t come? Heart-break, disappointment, and a fair amount of humiliation—maybe.

In my story, Broken Valentine, prior to the beginning of the novella, Sarah, my heroine, is asked to a “special” dinner by her boyfriend of eighteen months. She thinks… well, we know what she thinks, right?

In comes me, the writer, barging into her story. She’s waiting in the restaurant where they’d planned to meet. It’s also where he took her on their first date. A special place.

Except dear boyfriend doesn’t show. At all. When she logs into her Facebook page, she sees a post from him on her newsfeed, announcing his engagement. To someone else. Imagine her feelings.

In comes her very attractive waiter, ready with a cloth napkin to wipe her tears… And the rest is written in the book.

Suffice it to say, she didn’t get the fairy tale proposal she expected. Did you? 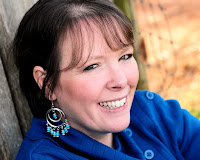 Ginger Solomon is a Christian, a wife, a mother to seven, and a writer — in that order (mostly). When not homeschooling her youngest four, doing laundry or fixing dinner, she writes or reads romance of any genre, some sci-fi/fantasy, and some suspense. She’s a member of American Christian Fiction Writers, president of her local writing group, and writes regularly for two blogs. In addition to all that, she loves animals, likes to do needlework (knitting, crocheting, and sometimes cross-stitch), and is a fan of Once Upon a Time and Dr. Who.