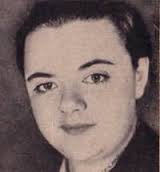 Always on the lookout for mystery authors from the 1930s and 1940s, I recently stumbled on Phoebe Atwood Taylor. A native of Boston, most of her books are set on Cape Cod. Her first novel The Cape Cod Mystery, features Asey Mayo, who has been nicknamed “Codfish Sherlock.” The book sold over 5,000 copies – a significant number for back then. Twenty four novels made up the Mayo series, and she wrote an additional nine books under the pseudonyms Freeman Dana and Alice Tilton.

Taylor’s books are cozies and include a strong comedic thread. Critic Dilys Winn said, “Mrs. Taylor is the mystery equivalent to Buster Keaton.” Of her Witherall novels, he said, “These books don’t make all that much sense, but they go a long way in proving that making sense is immaterial-a guffaw is more vital. Tilton books are so busy, so complicated, so Marx Brothers…that makes them sound as if they might have a plot, doesn’t it? Bad assumption. They drift from incident to incident with the style of the crash ‘em cars at a carnival.” 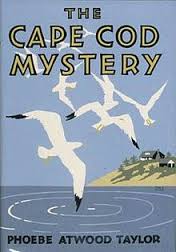 Despite the success of her books, there are some reports that indicate she was constantly short of money during the Depression. However, her husband was a surgeon and they owned two homes. Perhaps they were “house poor.”

In one interview, Mrs. Taylor indicated that she wrote between the hours of midnight and three A.M. after “housekeeping all day.” Her books written during the 1930s don’t mention the Depression, but her characters are impacted by financial difficulties. In her novels produced during WWII, her characters deal with rationing, blackouts, first aid training, military maneuvers, and fifth columnists.

Published in 1951, Diplomatic Corpse was Mrs. Taylor’s final book. She passed away from a heart attack in 1976.
Posted by Linda Matchett at 1:00 AM