History, Mystery and Faith is pleased to be part of the blog tour for Marguerite Martin Gray's new book Hold Me Close. Pour yourself a "cuppa" and check out my review.

Louise Lestarjette is a young Frenchman whose family lost everything during the prosecution of the Huguenots (French Protestants influenced by the writings of John Calvin.) Tired of the elitism of French society and determined to make his own way, he flees to the American colonies. He lands in Charles Town, South Carolina where his aunt has settled after her marriage to an American merchant. Louis’s plan is to earn a tidy profit, and then be on his way. He doesn’t count on meeting a beautiful, intriguing young woman or members of the Sons of Liberty. As relationships between the colonies and England deteriorate, Louis struggles to remain non-partisan. Eventually, he must make a choice about which side he will support.

Elizabeth Elliott is not a typical colonial era daughter. Raised in a family where education is allowed for both genders, she is versed in politics, religion, and social issues. She teaches pianoforte to the students at Charles Town College, where her father is a founding trustee and vocal supporter of King George. Courted by William Burns, a soldier in the British Army, yet a member of the Daughters of Liberty, Elizabeth must somehow reconcile the disparate parts of her life.

Hold Me Close is a sweet romance set during the volatile times leading up to the American
Revolution. Although a work of fiction, some of the events are real, and many of the people and places existed. Partially told through the viewpoint of Louis, a Frenchman and outsider, readers are exposed to both sides of the issues that thrust the colonies into war with their motherland. Description and dialogue effectively evoke the flavor of the era.

Colonial America is not a time period I typically read, so I appreciated the historical information woven throughout the story. Christian themes of God’s love and forgiveness, as well as dependence on God are evidenced through the character’s lives without being overly preachy. The novel ties up all the “loose ends,” but does include a bit of a cliff hanger. Historical notes, sketches, and photos give readers additional insight into the characters and time period. 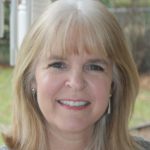 About the Author: Marguerite Martin Gray enjoys the study of history, especially when combined with fiction. An avid traveler and reader, she teaches French and has degrees in French, Spanish, and Journalism from Trinity University in San Antonio, Texas. Recently, she received a MA in English from Hardin-Simmons University in Abilene. She has two grown children and currently lives with her husband and Cleo, her cat, in Abilene, Texas.

GIVEAWAY: To celebrate her tour, Marguerite is giving away a fun themed prize basket. Click to enter: https://promosimple.com/ps/9cc8
Posted by Linda Matchett at 1:00 AM