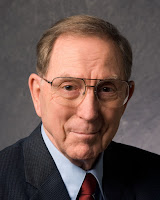 In continuing with my Talkshow Thursday author interviews, I'd like to introduce Donn Taylor. A veteran of the Korean War, he writes novels and teaches poetry. A Renaissance man!

Linda: After serving in the military, you taught English literature. When did you realize you wanted to be a writer?

Donn: It actually began as an undergraduate. I entered college as a music major, but a year later (age 17) I discovered literature—the Romantic poets, of course, but also Robert Heinlein's sci-fi stories. I wrote some very bad poems and worse short stories. After a year in the Army, I came back to finish my degree, interested in ideas this time. I wrote some fairly respectable undergraduate short stories and poems, none publishable. But upon graduation, the Korean War intervened. So writing got put on the back burner while I stayed busy with Army, family, graduate school, and teaching. But after my second retirement, I said, "Why not?" And started writing poetry and then fiction.

LM: I love Heinlein! After writing several contemporary stories, your latest is a historical book set in  the years following WWII (Lightning on a Quiet Night). What made you decide to try your hand at a historical novel? Where did you get your idea for the plot?

Donn: As an undergraduate, I thought about writing a western in the manner of Ernest Haycox, using The Lazarus File, I learned that there was a specifically Christian market. To write for that, I revived my western idea, but transposed it into Northeast Mississippi in 1948. I also had a bee in my non-Amish bonnet. Books about Mississippi were populated by Snopeses, idiots, Klansmen, and other undesirables, but none of the ordinary well-intentioned folks that Mildred and I had grown up with. So without whitewashing, I wrote about that kind of people. They weren't perfect. My town of them pursues virtue until it becomes a vice. (As Shakespeare wrote, "'Tis mad idolatry/ To make the service greater than the god.") The originally planned murder, set in that town, provided enough conflict to keep the plot going. For publication, though, the novel had to wait for the definition of "historical" to move past WW II, and find a publisher willing to take a novel that partook of several genres without fitting clearly into any of them. In the end, the novel was just itself.
a small-town murder as the precipitating incident. That project didn't survive the Korean War. But after publishing

Donn: I'll mention two. The Lazarus File featured the DC-3 aircraft in many of the flight scenes. I had never flown that aircraft, so I researched it carefully. Mildred and I actually tracked one down and talked about cockpit procedures with its owner. In an old movie, the actor James Stewart flew a DC-3 and looked out of the pilot's window to see if his landing gear was down. I sat in the pilot's seat and found that the gear was not visible from there. Lesson learned: Never trust a movie for research.
Mildred and I researched Lightning partly in newspaper files. One delightful item we couldn't use. In 1947, the US advisor to the Greek military during their war with Communist guerrillas was General James van Fleet. The Greeks referred to guerrillas as "mosquitoes." At the time, the usual insecticide was called Flit. So the Greeks had their pun: "van Fleet for mosquitoes." Research brings many delightful things that we can't use in novels.

Donn: I'm a little of both. I plan the precipitating incident, the major plot points, and the climax. From there, I'm a "pantster." The characters start interacting and taking off on their own. I try to keep them headed in the right direction but otherwise give them free rein. The completed drafts of Lightning and Deadly Additive required extensive revision. The manuscripts of Lazarus and Rhapsody in Red required almost none.

LM: Are any of your characters based on real people?

Donn: No, that wouldn't be playing fair because the people they're based on can't fight back. I do use characteristics from people I've known, but blend them with others into composites. I don't want anyone I've ever known, friend or foe, to be able to say I put him or her in a novel. 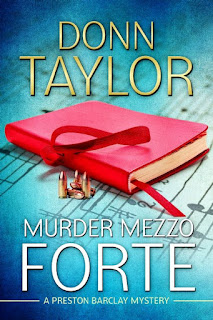 Donn: My mystery Murder Mezzo Forte, a sequel to Rhapsody in Red, released on June 9, 2016. I'm at about the midpoint in a sequel to the sequel. Meanwhile, I'll continue to teach poetry writing at writers' conferences.

Donn: My church, of course, and three others: The National Association of Scholars in its efforts to combat political indoctrination in universities and restore sound scholarship. The efforts of the Foundation for Individual Rights in Education to protect students and faculty against illegal actions by school administrations. And, third, the Alliance Defending Freedom in its defense of Christians deprived of constitutional rights by governments or other secular agencies. However, I confess that these passions also hover in the background in my mysteries.

Donn: The Lord has blessed me with one great love. Mildred and I were married for 61 years, seven months, and four days until the Lord called her home. Our story is told at http://bit.ly/1F2bGWh. I continue, though not now in Technicolor. My Web site is www.donntaylor.com, my daily humor is posted at www.facebook.com/donntaylor. Come join the fun.

LM: Thanks for joining us Donn!
Posted by Linda Matchett at 1:00 AM