History, Mystery & Faith is pleased to be a tour stop for Mimi Milan's book Twice Redeemed. Be sure to check out where you can purchase this wonderful book. 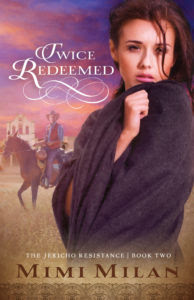 Who will save her from herself? After helping another girl escape, Mercedes Nobles suffers unspeakable abuse at Jericho. So when an American cowboy rides into town, she jumps at the opportunity to start a new life… even though she carries a secret that could destroy any chance of happiness for either of them. John Durbin may have turned in his badge, but he still believes in living by a code of honor. That includes returning to a seedy Mexican saloon and rescuing a woman who helped his friends escape. However, the tables turn and he finds himself married in name only. Struggling with cultural differences, they questions if their marriage will survive. Will John sacrifice his faith to make his new bride happy? How will Mercedes redeem herself when John learns of the secret she’s hiding?


My Thoughts About the Book:

"Twice Redeemed" is a sensitively written, fictional account about the "soiled doves" of the Old West. Set in 1918, when relations between Mexico and the U.S. were at odds with each other because of the killing of an innocent man at the border, the story captures the uneasiness and danger of the time. Through the effective use of Spanish phrases and vivid description, I was drawn into the dry, dusty, hot locale of Mexico. There are few characters in the book, affording Ms. Milan plenty of space to fully develop them. Secular writers could learn a lot from this author about crafting a villain without using profanity or cheap theatrics. Bits of history and geography woven through the story educated me without seeming like a lecture. In addition to the obvious theme of redemption, the concept of dependence on God is also evident throughout the story. Suspenseful and well-written this is the second in a series that was easily read as a stand-alone. 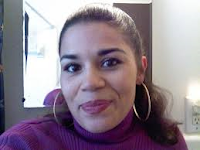 Mimi Milan spent two decades scribbling away in notebooks before realizing that her life’s calling was to write. So she returned from Mexico and attended the University of North Carolina at Charlotte, majoring in Creative Writing and minoring in Film. She currently resides in the suburbs of Charlotte, making time for God, family and imaginary friends.