Much has been written about the war correspondents and photojournalists who covered WWII (and previous conflicts) for commercial publications. But did you know there were sixteen Army Air Force Combat Camera Units (CCU) that took still and motion picture coverage in every theatre of operation? The photos and movies were used for analysis, training, public information, and permanent historical records. Each unit was comprised of twenty-three men, fifteen of whom were on combat status.

One of the CCUs was the 166th Signal Photographic Company that covered General George Patton. Among their many exploits was the landing in Normandy. Members of their crews included many veteran professionals such as Russ Meyer and Stanley Kramer.


The 4th CCU was responsible for documenting the damage to Germany after V-E day. They filmed Herman Göring and captured images of the death camps in color. 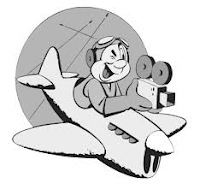 The First Motion Picture Unit was made up entirely of Hollywood professionals. They were primarily responsible for propaganda and training films.


Does this sound like a glamourous job? Perhaps, but by all reports, casualties in these units were high as they put their lives on the line to photograph the war.