Linda:  Thanks for joining me today. Congratulations on your debut story “Embattled Hearts” with Barbour Publishing. How did this come about? Did you submit a novella and the publisher decided to add it to a collection, or did they contact you? 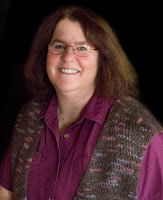 Pegg: It was a God thing. My son was dating a young woman whose sister is a Christian literary agent. We became Facebook friends and she gave me the ‘heads up’ that this Pony Express collection was in the works, but hadn’t been contracted by Barbour yet. They were three writers short and she asked me if I’d like to work up a proposal for it. Well … yeah! When Barbour picked up the project, I sent in my proposal and they took it.

LM: Congratulations! That’s exciting. Research is a huge part of writing, whether historical or contemporary. Do you have a research tidbit you stumbled on that caused you to thing “aha?”

Pegg: For “Embattled Hearts” that moment was linking the story to the Civil War. President Lincoln needed the communication between the coasts during the early years of the war. The fear was that California might side with the South. With the Pony Express – and then the telegraph – the line of communication remained open and the president knew what was happening on the west coast.

Pegg: The next new idea! The work is in fleshing them out.

Pegg: I turned our son’s old bedroom into my office and that’s where I work. I prefer quiet to work in, other than the natural sounds around me. I live in a rural area, so my sheep baaing, horses clip-clopping past on the road (we live in an Amish area), birds singing, that sort of thing.

Pegg: I’m not a globe trotter. We camp weekends during the summer and that’s what I enjoy. I guess even if money were no object, you’d still probably find me on the shores of Lake Superior, camper behind me, cook fire in front, book in my hand. Doesn’t take much to make me happy.

Pegg: I have another story, “In Sheep’s Clothing,” coming out in January with The Bouquet of Brides Collection from Barbour. That one is set in Colonial Connecticut and the heroine is a spinner and weaver. It was fun for me to write. I raise sheep and spin and knit with the yarn. I have a few other proposals out to Barbour, but I’m also working on a new full-length novel I hope to have finish by the end of this year.

Pegg's Bio: Pegg Thomas lives on a hobby farm in Northern Michigan with Michael, her husband of *mumble* years. A life-long history geek, she writes “History with a Touch of Humor.” An avid reader and writer, she enjoys fiction stories threaded through historical events and around historical figures. Pegg is also the Managing Editor of Smitten Historical Romance, an imprint of Lighthouse Publishing of the Carolinas. When not working on her latest novel, Pegg can be found in her garden, in her kitchen, at her spinning wheel, tending her sheep, or on her trusty old horse, Trooper. See more at www.PeggThomas.com.
Posted by Linda Matchett at 1:00 AM