“It all happened so quickly that we only had time to look foolishly at each other when the scream hurtled past us and exploded with a tremendous crash in the quadrangle.” So said the Queen Mother, Queen Elizabeth about her experience during the September 13, 1940 attack made on Buckingham Palace by the Germans during WWII. She went on to say her “knees trembled a bit,” but she was “pleased by the behavior of their servants, some of whom were injured.”

Hitler was determined to break the morale of the English people, and used a period of incessant bombing that is now known at The Blitz to try to do so. Between September 7, 1940 and May 10, industrial and civilian centers. They began with London, specifically with Buckingham Palace.

The first of sixteen hits to the Palace and its grounds (nine of which were direct hits) was on September 8th. Fortunately that bomb was harmless. The second, which fell near the swimming pool, came the next day. The third attack, on September 13th found its mark. A single pilot specifically targeted the Palace with a stick of five high explosive bombs. Two hit the inner quadrangle, one hit the Royal Chapel, and the remaining two fell on the forecourt and roadway between the gates and the Victoria Memorial.

Two more attacks occurred that month, followed by one October and again in November of that year. A tantalizing target, Buckingham Palace would be bombed several more times before the end of the war. The building was damaged, but the British spirit that Hitler hoped to smash proved to be indomitable.

Here are some photos of damage to the Palace during the Blitz. 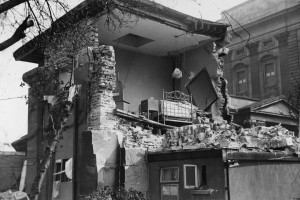 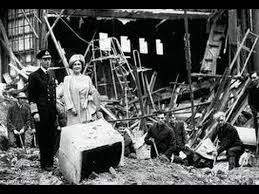 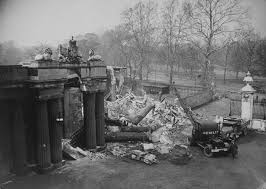 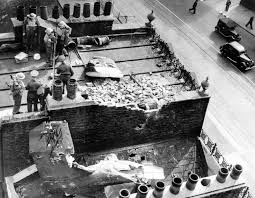