Talkshow Thursday: A Season of Hope

Talkshow Thursday: A Season of Hope

Today I am welcoming debut novelist, Sara Jane Jacobs. Pull up a chair and get to know her and the story behind the story! Be sure to scroll all the way down to enter Sara's giveaway!


Linda:  Congratulations on your debut novel, Season of Hope, and thanks for joining me today. Where did you find your inspiration for this story?
Sara Jane: Thank you, Linda! I’m so happy to be here! Much of the inspiration for the story came from my visits to my father’s hometown of Franklin, North Carolina. We would go every summer when I was growing up. Tiny memories made their way into book one and book two (soon to be released). I was also inspired by a family vacation to Nantahala back in the 90s. That is when I began writing the story. I believe this is where I created the fictional setting of Nathan’s Mountain near Bryson City. The story grew from an idea I had for a short story which happened more than halfway through book two. From that scene, I went back about seventeen years and started writing.
LM: What do you do to prepare yourself for writing? For example do you listen to music or set up in a specific place?
Sara Jane: Occasionally, I will listen to music if there is already a song that I have come across that inspires me. But I don’t let music play in the background unless it’s classical. The words are too much of a distraction. Mostly I just sit down at my computer and force myself to stop doing other things. I love writing, but once I start it’s a bit like stepping through a portal/time warp. Before I know it, the sun is setting.
LM: Research is an important part of writing. Do you have an interesting or unusual research story to share?
Sara Jane: Originally, Tyler was going to attend West Point. The book was edited and I was almost ready to begin submitting to publishers when I realized this timeline was not going to work. I had to do a lot of writing and rewriting for him to become a Navy SEAL to keep the story from falling apart. This involved a crash course in everything Navy SEALs. I watched videos, listened to books and read real life stories online of real life heroes. It had quite an impact on me and was all I could talk about for a while. It has tremendously deepened my appreciation for the members of our military and their families.
LM: Your main characters are young people. Think about when you were growing up. What is your favorite book from your childhood?
Sara Jane:  I loved children’s books and remember Mike McClintock’s, A Fly Went By, being the first book I couldn’t wait to learn to read. I also fell in love with Little House on the Prairie later on.
LM: If money were no object, what is your idea of the ultimate vacation?

When Amanda Jarvis prays that a special friend will move into the vacant house near her isolated mountain home, she isn't upset when God sends a boy instead of a girl. But Amanda's not the only one receiving unexpected answers to her prayers. After fleeing with his mother from an abusive father, Tyler Armstrong finds much-needed love and acceptance with Amanda's family over the next ten years.

As high school graduation nears, Tyler is shocked when one carefree afternoon with Amanda churns up an inner turmoil he would have never imagined; he's crushing on his best friend. And for the first time in his life he's hiding a secret from Amanda. Convinced the timing is all wrong, Tyler pushes his feelings aside as he and Amanda prepare for the future. He will soon begin training to pursue his dream of becoming a Navy SEAL, while Amanda makes plans to spend the summer in Manhattan with her aunt and then return home to the community college.

When Amanda's summer job catapults her into a modeling career, she readily accepts the much-needed distraction. Tyler's impending deployment is turning her world upside down. Along with the fact that she's falling for her best friend. And, for the first time in her relationship with Tyler, she's hiding a secret, too.

Phoebe Garrison, Amanda's controlling aunt, is thrilled when she is given the power to act on behalf of her underage niece. Bored with her Fortune 500 advertising agency, becoming Amanda's manager is just what she's been looking for to rekindle her aspirations. But as Tyler becomes aware of Phoebe's obsession to push Amanda into supermodel status, tensions rise. As the three of them become entangled in a mass of concealed ambition and desire, each will make decisions that will send ripples of turbulence across their futures. 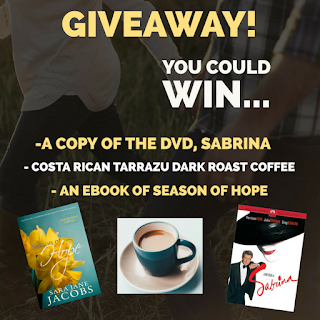 Enter below for a chance to win:

a Rafflecopter giveaway
Posted by Linda Matchett at 2:00 AM