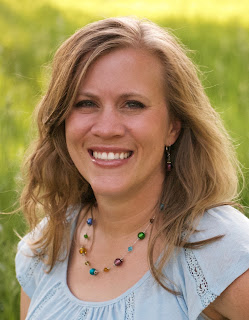 Linda:  Thanks for joining me today. You recently published book four in your Choir Girls series? Where did you get your inspiration, and did you set out to write a series, or did that idea come later?

Victoria: Choir was a big part of my life from eighth grade all the way through college, so having a story revolve around friends in a choir just came out naturally. The first story, Soprano Trouble, follows Summer and how she responds to finding herself in the group with the bully. I didn’t set out to write a series, but after getting good feedback on Soprano Trouble, ideas just popped into my head about how Summer’s friends were feeling and responding to their seventh grade year as well.

Victoria: They’re not based on anyone I actually know. Summer is probably the most like I was back when I was in Junior High. Her friend Maddie (Alto Secrets) is someone I would have wanted to be friends with. Brittany (Harmony Blues) and Cammie (Solo Disaster) are simply girls that I imagine would be typical friends that Summer would have in choir.

LM: Why did you decide to write for kids, tweens, and teens rather than adults?

Victoria: Middle school is burned into my memory. There are a lot of things I've forgotten about my childhood, but I remember middle school vividly. So my heart goes out to every single kid who is entering the murky waters of seventh grade, especially the girls. I was not a popular kid during those years, so I spent a lot of time reading. Those books shaped much of my thoughts and beliefs about life. Because of that, I've always wanted to write stories for those kids who are deep in the trenches of middle school themselves.

LM: What do you do to prepare yourself for writing? For example do you listen to music or set up in 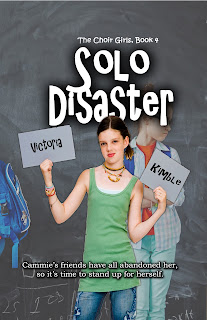 Victoria: The very first thing I do is listen to a worship song. I know that my writing ability and creativity comes from the Lord, so I always want to connect with Him every time I start to write. Then I switch to my writing music, which is generally some soundtrack. My current favorite writing soundtrack is The Secret Life of Pets. That music is plucky and fun.

LM: What one thing would you like to learn how to do?

LM: What advice can you give to aspiring writers?

Victoria: A writing career is a marathon, not a sprint. If you desire to write, you should start now. They say it takes ten years to become an overnight success, so just start and keep going, especially when you don't see any success right away. I always think of it as planting seeds that will hopefully grow in the next five or ten years. If you have that mindset, then it's easier to keep working during the long dry spells of not seeing any fruits of your labor. It'll come, if you keep at it.

Victoria: I’ve been working on a story for a bit younger audience, probably ages 7=10. It’s about a fourth grader named Daisy who plans on being a chief meteorologist when she grows up. You know, the person on TV who tells about the weather. Her aunt is actually a chief meteorologist, and she wants to follow in her footsteps. But then her aunt says she is leaving the TV station, and Daisy’s fame and future are doomed.