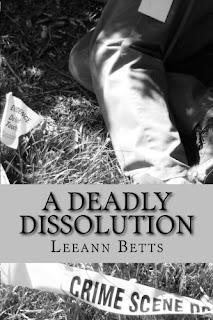 A series is a completely different animal to write than a stand-alone. In a stand-alone novel, you write about characters and events that you hope resonate with your readers, perhaps including an issue or topic that’s close to your heart, such as sex trafficking or the breakdown of the family. And then you’re done, and you can move on to the next collection of characters, settings, maybe a new issue or even the same one told from a slightly different context. A series, however, involves the same or at least some recurring characters, perhaps recurring locations, but different events.

So how to make every story in a series new and fresh, without confusing new readers starting in the middle, or losing existing readers who want some continuity without boredom?

In the case of A Deadly Dissolution, I took a recent event that thrilled me: I had the opportunity to go to Guernsey, Wyoming in October 2017 to see the total solar eclipse. The area was busy but not packed, because most people went to larger metropolitan areas in Wyoming and Nebraska to view the event. However—and isn’t there always a ‘however’?—those other places clouded over and where we were was the perfect viewing location.

I figured—and I say this a lot—“that has to go into a book”.

I did some research, and unfortunately, there were no solar eclipses—total or otherwise—in 2004 or even early 2005 on the east coast. I wanted this story set in Bear Cove, Carly’s hometown, because the last two books were set elsewhere, and I felt I needed to bring readers back to Bear Cove. But I did find out there was a lunar eclipse, and that everything west of New York was clouded over. Which fit perfectly into my story.

To write an effective mystery, we must have several elements: 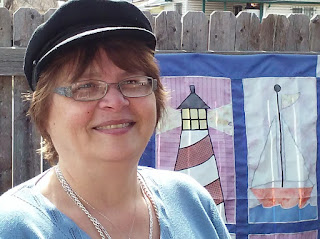 The title was the tricky element this time around. Usually I have the title in my head and simply write the story that goes with it. This time I had the story but no satisfying title. Because of the accounting connection, I wanted something to do with accounting, of course. I settled on A Deadly Dissolution and referred to it near the end of the book. A dissolution is when a partnership dissolves, and it’s not usually amicable.

Question: Do you choose a book based on the cover design, the title, or the back cover copy?
A randomly-drawn winner will receive a free ebook of A Deadly Dissolution.

About A Deadly Dissolution:
The total lunar eclipse of October 2004 leaves more than Bear Cove, Maine, in the dark. The town’s newly-elected mayor, Walter Akerman, hires Carly to audit the town’s books but is then caught in a compromising situation with his secretary Evie Mack. A journalist in town to cover the eclipse turns up dead. Tom and Sarah’s adopted son Bradley comes to stay overnight to see the eclipse, then goes missing on a walk in town. When Mike’s car is in a serious wreck which the police say is an accident, Carly thinks somebody is trying to send her a message to stay away. How can she solve all these mysteries while not completely wearing herself to a frazzle?

About Leeann:
Leeann Betts writes contemporary suspense, while her real-life persona, Donna Schlachter, pens historical suspense. She has released seven titles in her cozy mystery series, By the Numbers, with number 8, A Deadly Dissolution, releasing in June. In addition, Leeann has written a devotional for accountants, bookkeepers, and financial folk, Counting the Days, and with her real-life persona, Donna Schlachter, has published two books on writing, Nuggets of Writing Gold and More Nuggets of Writing Gold, a compilation of essays, articles, and exercises on the craft. She publishes a free quarterly newsletter that includes a book review and articles on writing and books of interest to readers and writers. You can subscribe at www.LeeannBetts.com or follow Leeann at www.AllBettsAreOff.wordpress.com All books are available on Amazon.com in digital and print, and at Smashwords.com in digital format.