Happy book birthday, Murder of Convenience. The first in my "Women of Courage" series was released one year ago, today. In celebration, I'm spotlighting the state in which it is set. Let's take a look at the state of Maryland and how they “did their bit” for the war effort.

As with all states, Maryland sent its citizens off to war, and even before the attack on Pearl Harbor, the state was preparing its National Guard units for combat. The 29th Infantry Division comprised of members from Maryland, Virginia, Pennsylvania, and the District of Columbia compiled one of the most distinguished records in the war with two Medals of Honor, forty-one Distinguished Service Crosses, 816 Silver Stars, 5,151 Bronze Stars, and countless Air Medals. In addition, the division received a Presidential Unit Citation.

Production of war materiel commenced as over 900 factories were converted from manufacturing peacetime commodities, such as Bethlehem Steel at Sparrows Point who produced nearly twenty tons of steel. The Bethlehem Fairfield shipyard build 374 Liberty ships, and shipyards around the state repaired over 10,000 vessels. Between them the George L. Martin Company and Fairfield Aircraft Division assembled over 16,000 planes.

Aberdeen Proving Grounds (a military installation where weapons or technology are tested or experimented with, or where military tactics are tested) and Andrews Air Force Base are perhaps the state’s most famous locations, but numerous airfields were created for training pilots and air crew. Many of these airports were converted to municipal airports, while others were returned to agricultural use. Hundreds of “temporary” buildings survive today and used for other purposes.

In 1940, University of Maryland was tapped by the U.S. Surgeon General to help form a Medical Reserve Corps. Two years later, two dozen graduates were activated for duty with the 42nd and 142nd General Hospitals and served in Australia, the Philippines, and Fuji. Eventually, more than 150 graduates went on to serve in all branches of the military.

I lived in Gaithersburg, Maryland for ten years and had no idea it was one of the twenty POW camps located in the state. Fort Meade received the first POWs in 1942 and ultimately housed more than 2,000 prisoners. POWs worked on local farms as well as at Bethesda’s Stonyhurst Quarry where they broke and loaded flagstone. Others cut pulp wood at Smith Point. 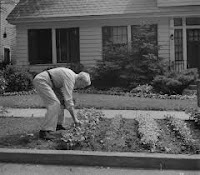 Victory gardens were a part of everyday life of course, but Henry Irr, president of Baltimore Federal Savings and Loan raised the production bar by sponsoring a statewide competition that included bonds as prizes. Not to be outdone, Constance Black, wife of Baltimore Sun executive Harry Black, converted the hill behind her mansion to a Victory Garden and then opened a neighborhood farm stand.

These are just a few of the way, the tiny state of Maryland pulled her weight during WWII.

May 1942: Geneva Alexander flees Philadelphia and joins the USO to escape the engagement her parents have arranged for her, only to wind up as the number one suspect in her betrothed’s murder investigation. Diagnosed with Retinitis Pigmentosa, she must find the real killer before she loses her sight…or is convicted for a crime she didn’t commit.

Set in the early days of America’s entry into WWII and featuring cameo appearances from Hollywood stars, Murder of Convenience is a tribute to individuals who served on the home front, especially those who did so in spite of personal difficulties, reminding us that service always comes as a result of sacrifice. Betrayal, blackmail, and a barrage of unanswered questions… Murder of Convenience is the first in the exciting “Women of Courage” series.