Traveling Tuesday: Oregon in the 1800s

Traveling Tuesday: Oregon in the 1800s 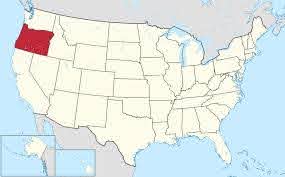 Located in the Pacific Northwest of the United States, Oregon is bordered by the Pacific Ocean on the east, the Columbia River and Washington to the north, The Snake River and Idaho to the East, and California and Nevada to the south. The Klamath and Cascade mountain ranges are located in the western region while the Blue, Steens, and Wallowa mountains can be found in the eastern region of the state. If you like lakes, there are plenty, including Crater Lake, the deepest lake in the United States.
Oregon has been home to indigenous peoples for thousands of years. The Spanish arrived in the mid-1500s to explore and map the area as well as study ocean currents. The French came soon thereafter, then the British, and finally the Americans. President Jefferson sent Meriwether Lewis and William Clark to find a practical route across the western half of the continent and to establish and American presence before the other European powers could claim it. Their secondary objectives were scientific and economic: to study the plants, animal life, and geography, and to establish trade with the local native tribes.
During the 1820s and 1830s, the American West was explored by private trappers who formed fur

trading companies. John Jacob Astor’s Fort Astoria was the first permanent white settlement in the region. He had contracts with both the North West Fur Company and the Hudson’s Bay company and who made significant wealth in the fur industry before it collapsed. The high demand for beaver hats and coats coupled with the lack of regulation over trapping almost caused the extinction of beavers by the mid-19th century. However, fashions changed, and the need for trapping the animal ceased.
Starting in the 1830s, pioneers came to the area via the famous Oregon Trail, many of whom were missionaries seeking to convert the natives to Christianity. In 1843 and “all citizen” meeting was held that instituted a provisional government headed by an executive committee. More settlers came and the territory became jointly settled with the United Kingdom. After much disagreement, the border between the US and British territory was established along the 49th parallel, with the territory above going to Britain and later becoming part of Canada. The Oregon Territory was officially organized in 1848 with bits and pieces carved off over a period of years to create the territories of Washington, Idaho, Montana and Wyoming. Oregon was admitted as a state on February 14, 1859.
In 1851 and 1852, gold was discovered in the Rogue River Valley in southern Oregon, but apparently the volume was not worth working or reporting. Ten years later gold would be found in the Blue Mountains and attract a significant number of miners, including many from China. Racial prejudice persisted, and there were periodic episodes of violence in the early days of mining. However, as time passed, the Chinese and whites managed to work side by side in peaceful co-existence. 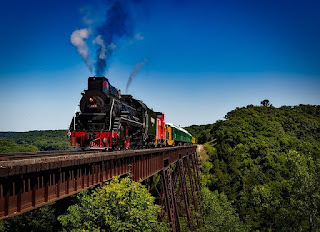 As more settlers arrived, transportation infrastructure was developed, and roads such as the Barlow Road, Canyon Road, and the Applegate Trail were created and bridges built. Ferries also popped up at the many river crossings in the region. As the population continued to grow, steamboats began regular service along the rivers, and in 1858 the Cascade Railroad Company created the first line, followed by the Oregon and California Railroad. Railroads transformed the state’s economy by bringing more people, cheaper shipping, and more efficient technology to the existing industries. During this period, farming was a mainstay of the economy as acreage and productivity climbed.
Have you visited this beautiful and geographically diverse state?
_____________________________
About Legacy of Love:

Will their love come at a cost?
Escaping Boston to avoid a marriage of convenience aimed at garnering society’s respect for her family name in the shadow of her father’s war profiteering, Meg Underwood settles in Spruce Hill, Oregon. Despite leaving behind the comforts of wealth, she’s happy. Then the handsome Pinkerton agent, Reuben Jessop, arrives with news that she’s inherited her aunt’s significant estate, and she must return home to claim the bequest. Meg refuses to make the trip. Unwilling to fail at his mission, Reuben gives her until Christmas to prove why she should remain in Spruce Hill and give up the opportunity to become a woman of means. When he seems to want more than friendship, she wonders if her new-found wealth is the basis of his attraction.
Purchase Link: https://amzn.to/32ML6o3
Posted by Linda Matchett at 1:30 AM