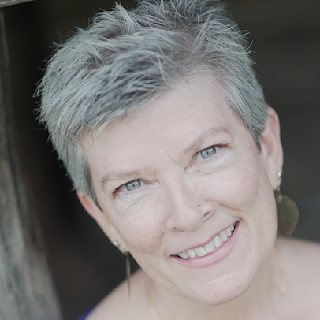 LM: Thanks for joining me today. Congratulations on your recent release, A Father’s Gift (San Antonio series, book 2). What was your inspiration for the story? How is the story connected to the first book, Protected?

LM: How do you develop your characters? (e.g. decide on their vocation, names, etc.)?

Paula: When I start writing, the main idea for the plot is already established, so I pick characteristics that make my protagonist fit the story. In Protected and A Father’s Gift, my characters are Abigail and Manny. Abby disguises herself as a boy for a while in Protected, so I needed a name that could be shortened to a boy’s name. She becomes Abner, or Ab. And Manny, short for Manuel, is Hispanic, so I chose a name from one of my friends in Mexico. Their story takes place in 1862, so I didn’t have as many job possibilities to choose from as I would have if I’d written a contemporary story. They live off the land. Farming is their job. Then, like happens with most authors I’ve spoken to, they reveal themselves to me as we go along.

LM: What research did you conduct for the novel and was there a particularly intriguing fact you decided to include?

Paula: I read a couple of Texas history books. I visited a friend who has several guns and practicedshooting different styles so I would know what it was like. I visited several museums to see first-hand the clothing, the furniture, etc., of the era. One museum was a “living museum” where the people came each day dressed in period clothing and worked as if the farm was their home. I learned a lot about farming from that. It was very interesting. My husband’s family is really interested in genealogy, and I found a diary from the late 1800s that gave me lots of little details about everyday life. Probably the most unexpected fact I learned was that Texas had an Underground Railroad to help enslaved people escape. They ran to Mexico instead of Canada, which outlawed slavery in the 1830s. I never learned that from school. That fact is an integral part of book three, Accepted, that I’m writing now.

LM: You were a high school math teacher, and you do mission work in Mexico. How do those activities impact/influence your writing?

Paula: After spending 19 years in the classroom, I believe I can write a fairly accurate portrayal of teenagers. I wrote a novella for a different Christmas anthology that was a contemporary story about a math teacher / swim coach (which I was). My mother called me and said, “I’m reading your autobiography.” It cracked me up. After all the research I went through for Protected and A Father’s Gift, it shocked me how easily I wrote In All Things Charity. It just flowed out, like I was writing an entry in my diary. As for my time spent in Mexico, I wanted to share with my readers a portrayal of the Mexican people that is different from the current political narrative. The Mexicans I know are not drug dealing rapists and murderers, despite what we read and hear on the news. They’re kind, loving families who want the same things we do—a good future for their children and to live happy lives. So Manny was Hispanic, and his grandmother, Yaideli, plays a huge part in his success.

LM: Tell us about your journey to publication. What would you do differently?

Paula: This is going to be a long answer. God guided every step of my writing journey. I retired from teaching in 2019. I’d been working on Protected for several years, but teachers don’t have a lot of free time. I’d get a lot done in the summers, but slowly my enthusiasm for it would trickle off as the daily grind and demand on my time took over once school started. In the summer of 2019, I dove into Twitter, trying to build a platform. On Twitter, I learned about PitMad, a pitch party where hopeful authors post pitches of their novels and editors and agents “like” them if they’re interested. I didn’t get much response. I posted a question asking if anyone had seen any agents or editors who were interested in Christian fiction. Someone replied that I should check out ACFW (American Christian Fiction Writers).

I looked that up and saw they were hosting their annual conference in San Antonio in September. San Antonio is within driving distance for me, so I quickly joined ACFW and registered for the conference. I went by myself, knowing no one. I learned there was a DFW chapter that meets every month and joined them, too. At the first meeting, I met Lena Nelson Dooley, a multi-published Christian author who hosts a critique group. I asked her if I could join, and she graciously allowed me to. I started taking my chapters to crit group every Thursday night and realized how much I didn’t know. It was sad how unpolished my manuscript was. That group helped me tremendously.

Once COVID hit and we went into shutdown in March 2020, everything moved online to Zoom meetings. I attended a conference in Kentucky for the low price of $20.20. One of the classes I attended was presented by Deb Haggerty, editor-in-chief and owner of Elk Lake Publishing, Inc.

Fast forward to 2021, when I attended another virtual conference held by Mt. Zion Ridge Press. Theyoffered opportunities to authors who were ready to pitch. I chose one at random and was supposed to meet with her on Monday evening. However, on Friday, after the classes finished for the day, they left the Zoom room open for people to hang out and chat. Pitches were going on in breakout rooms. I had to leave for a bit to take a friend to the airport, and when I got home, there was an invitation on my screen asking me to go to a breakout room. I assumed they were like chat rooms, so I hopped in. I quickly realized I was in a pitch session, watching and listening to someone pitch their book. I recognized the person she was pitching to was Deb Haggerty. No one seemed to mind that I was there, so I hung out and watched, thinking I could pick up some tips for when I pitched on Monday. After the lady finished and left the breakout room, Deb asked me to tell her about my book. I confessed that I didn’t think I was supposed to be there and told her about the invitation that had popped up on my screen, sending me to her breakout room. She told me to tell her about my book, anyway. So I did. And about a month later, on Father’s Day, she sent me a contract for Protected. When I told her I had also written A Father’s Gift for the Christmas anthology, she asked me to send it, too. She sent me a contract for that one, as well.

So, quite by accident (or not!), I landed in front of Deb Haggerty at a virtual conference and ended up with my publisher relationship. I told her about book three, Accepted, and she said it sounded exactly like the kind of thing they like to publish and urged me to send it to her when I finish.

What would I do differently? Nothing. This plan was laid out by God, so I never second-guessed a thing. Every rejection I received in the beginning just made me think, “Okay, it’s not time yet. Moving on.”

Paula: Find a critique group. Read everything about the craft of writing you can get your hands on, especially if it’s by James Scott Bell. Never stop learning. You’ll continue to improve as a writer, so be open to change.

Paula: I’m about 65% of the way through Accepted, book three in the San Antonio series. After that, I must do a TON of research for book four, which is about Native Americans, specifically Comanches. It is titled Pursued. I’m really eager to start because it has another surprising fact in it I can’t wait to share.

Abby and Manny Blair anticipate the birth of their first child. Nausea plagues Abby every morning, and fears keep her awake at night. Orphaned at age eighteen, she prays daily for a safe delivery and a future with her child.
Now more than ever, Manny yearns for guidance from his own father. But you can’t share good news with a man who’s been dead for years. Sheriff Williams delivered the devastating news of Mark Blair’s death at the hands of an unscrupulous card shark when Manny was only five years old. His grandmother, Yaideli, raised him, doing her best to stand in the gap. She did well by him and taught him how to become an upstanding, caring man.
But the impending responsibility of fatherhood looms over Manny like a storm cloud. He fears he will fail his young family. So many questions surround his father’s death. The desire to know what happened, to understand why Mark left him behind, overwhelms Manny. It’s nearing Christmas and the babe’s birth. He sets out on an adventure of discovery and finds something completely unexpected. Abby and Manny receive a precious gift—learning about the love and sacrifice only a father can give.
Purchase Link: https://amzn.to/3t4GA0T