Would you jump from a low-flying airplane to rescue people you don’t know? Mary Taylor Previte (rhymes with brevity) asked herself that very question many times over her life.

The daughter of third-generation missionaries to China, Mary was nine years old when armed men arrived at her boarding school and announced the property now belonged to the “Great Emperor of Japan.” For that first year, life remained the same. Then the Japanese needed the school for another purpose, and soldiers loaded the residents onto a boat, then a train, then trucks to transport them to Weihsien, a “Civilian Assembly Center” near the city of Weifang, Shandong, China.

When she arrived, the camp was already filled with internees: businesspeople, entertainers, doctors, Protestant ministers, and Catholic priests and nuns. Considered enemy aliens, the inhabitants were British, American, Belgian, Scandinavian, Canadian, and Australian.

Conditions were squalid, with little food to go around. Blankets were scarce, and residents spent all 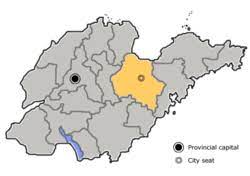 winter shivering. Barbed wire and booby traps surrounded the camps with soldiers watching from guard towers or patrolling the grounds with dogs. Prisoners were required to wear their prisoner numbers at all times, and roll calls occurred daily. The children learned to count in Japanese so they could count themselves off. Dignitaries often visited.

Of the nearly 2,000 inmates, about 360 were children. Fortunately, the adults did all they could to create “normalcy” in the camp. Mrs. Previte remembers one teacher often saying, “School will go on. We will win this war, and when we do, you will compete with boys and girls who have been going to school all this time, and so school will go on.”

A Brownie troop was started, and concerts, classes, and lectures were given. Both children and adults would perform plays. The Salvation Army band was created, and they created an anthem that was a mix of the Canadian, British, and American national anthems – a victory medley, as it was called.

Difficulties were turned into games. In an interview shortly before her death, Mrs. Previte said, “Saturday was the Battle of the Bedbugs. We’d hold rat-catching competitions. My little brother John was the winner of the fly-killing championship.” She went on to share that despite their constant hunger, “we never lost our humanity or even our manners. You might be eating boiled animal brains out of a soap dish, and a teacher would come up behind you and say: Mary Taylor, sit up straight! They were right. People who gave up those normal routines got sick.”

According to Mary, the August day the camp was liberated was so hot, one couldn’t walk barefoot on the dirt. The war had ended, but the inmates had no idea. Soldiers parachuted to the ground and stormed the gates, receiving no resistance from the guards. During the hysteria and joy, the band began to play their “victory medley.”

In 1997, Mary decided to track down her liberators so she could thank them personally. She would find all (or their widows) but one. Eighteen years would pass before she was able to locate the Chinese interpreter, “Eddie” Cheng-Han Wang.

Mary passed away three years ago today as a result of injuries she sustained after being struck by a car while on her morning walk. She was 87.

Purchase Link: https://amzn.to/3TNRrHP
Posted by Linda Matchett at 1:30 AM