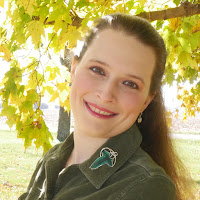 LM: Welcome! Congratulations on your debut novel Celestial. What was your inspiration for the story?

Hannah: I guess you could say a number of different places inspired Celestial. For one thing, it originally began as my design for an epic action video game. Thus, several other video games bore some creative influence on it. However, the Bible itself was my chief inspiration-to the point where Celestial’s entire theme is wrapped around 1 Peter 1:10-12. It speaks of our salvation in Christ as something angels long to look into. Angels love the Lord, yet they can’t experience that redemptive relationship for themselves—no matter how they may ache to. Puts a new perspective on how inexplicably valuable our salvation with Jesus is, doesn’t it?

LM: What draws you to write in the speculative fiction genre?

Hannah: Well…the funny thing is, my heart was set on presenting a specific story in as best a way as possible. That meant paying less attention to expected genre tropes and paying closer attention to Celestial’s specific needs. Thus, whatever length best satisfied me and test readers, that’s its length. Whatever genre it happened to suit, that’s where it’ll fall. Sure, that meant tricky labeling in marketing, but it absolutely turned Celestial into something that feels original. Seriously. Even the book’s earliest and newest fans admitted to me they still can’t clearly categorize it, let alone pick a close comparison. Celestial is just its own unique thing. Speculative fiction just happens to fit its identity the closest.

LM: What sort of research did you do for Celestial and was there a particular tidbit you knew you wanted/needed to include in the story?

Hannah: Well, before scripting any plot, one crucial fact rang true. Our every thought, word, and deed must glorify the Lord above all else. Therefore, I decided I wouldn’t be satisfied with Celestial if it clearly wouldn’t please God or do His character justice. This meant portraying the spiritual realm respectfully. Which meant the angels’ representation in this book must remain fully plausible and compatible with God’s Word.

God created the angels after all. It stands to reason He’s the only actual angelic authority around here. Thus, I tossed all human customs, conventions, and assumptions about them out the window and scoured the Scriptures instead. I combed its pages over and over for three months straight. All the concrete truths it affirmed about angels and demons I wove into Celestial’s characters, story, and worldbuilding. Areas left vague or unmentioned were similarly handled with prayer and Biblically-informed creativity. Then I further contextualized my Biblical studies by examining recorded supernatural events strictly under a Biblical lens. I could go on further about it, but I think you’ve got gist.

There’s a reason why preparing and composing a book like Celestial took me eight years! My head practically exploded from all the things we got completely wrong about angels; from their imperfections to their personhood. Still, this all exponentially expanded my somewhat narrow view of God’s influence and plan for the universe. It’s not just His visible creation He’s healing through Christ’s resurrection. He’s mending His splintered invisible creation too. Don’t get the wrong idea, though. Celestial is still a fiction story. It shouldn’t be elevated to fact, but after writing it, the Biblical truths used to build it led me to love the Lord more than ever! It’s my deepest prayer and wish for all those who read Celestial (be they many or few) will experience a similar spiritual edification and deeper appreciation for our gift of salvation as I have.

LM: How did you go about creating the “world” within Celestial?

Hannah: As mentioned earlier, the Bible was always my starting point. Even angelic topics not directlyaddressed were expanded upon using Biblical principles as the measuring rod. Of course, something must be said for Celestial’s beginnings as a videogame project. Certain aspects of game design indeed fed the process. Take how the angelic types were handled for example. Videogames rely on balance systems to prevent ‘overpowered’ playable characters.
Thus, I basically married Biblical truth to a game balance-system framework. Right off the bat, the Bible confirms a couple things for us: (#1.) Angels come in wide varieties, and (#2.) they aren’t perfect. We’re not given super specific details. We don’t know how far an angel’s faults extend. Nor can we observe how their abilities operate. Still, we know these factors apply in their lives.
Further Bible study then confirmed six angelic role-types exist at minimum. It also confirmed different angels had varying appearances. Some have six, four, two, or no wings at all, so by using all that, six angelic types were developed for Celestial. Each one had been fine-tuned so not only could at least one of them match any findable Biblical description. They together produced an intricate network of powerful yet limited angels, who genuinely must support each other and rely on God to accomplish their missions. It lent itself really well to the story’s core themes. Plus, it kept battle sequences interesting. Celestial’s plot-points underwent similar processes too.

I handled the characters a bit more delicately, though. I didn’t want cookie-cutter, saintly-saint angels. That’s boring as flatbread (and un-Biblical). Furthermore, I’ve been bothered with us stereotyping ourselves as the same bland flock of goody-two-shoes in our films. It implies becoming a Christian means loss of personality. That couldn’t be further from the truth. I live with my faith-filled family every day. Our body language, tastes, and speech patterns are nothing alike, yet we all share a passionate love for Christ. Thus, I patterned my angelic cast after that observation. They needed to express just as wide a range of personalities and weaknesses yet share a love for God that prevented their faults from tarnishing their ‘angelic-ness’ to the reader. From an optimistic, bright-eyed messenger angel to a troubled yet reflective angel of death, I believe Celestial’s readers will be surprised to find at least one angelic hero to relate to.

LM: What other authors have influenced you and your writing? 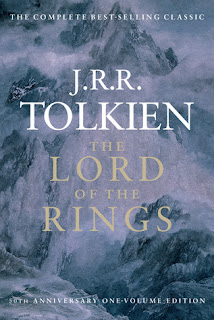 Hannah: I suppose Frank Peretti could’ve been one. Most of my readers favorably compare me to him the most often, but I wouldn’t say his work influenced me all that much. Not to say I didn’t read his spiritual warfare novels. It fascinated me how similar and hugely dissimilar we were. If anything though, I wanted to go at Celestial with the same relentless care and exhaustive detail as my favorite author: J.R.R. Tolkien. That multi-talented man of faith was something else in my eyes. Any time I’d bemoan something (like managing six elaborate characters) I’d recall how Tolkien handled nine characters in his Lord of the Rings trilogy. He even developed books-worth of extra histories outside of it that fed into it! And that wasn’t even counting all the functional languages he put together! Never had another fiction world breathed so realistically nor spoke to my Christian faith so deeply as Middle-Earth! It’s absolutely stunning! My planning process for Celestial was a cinch compared to that, but I hope to follow Tolkien’s example of dedication and skill.

Hannah: Hmm. I think I’m doing it already. Not writing I mean. Just walking with my Savior; furthering the intimacy in our relationship, and serving/representing Him in every capacity He has in mind for me. As of right now, that includes guesting on your lovely blog.

Hannah: When starting out, it’s easy to get overwhelmed with all the new rules, advice, and lessons you’ll hear. They’re all important. It’s good to heed experienced writers, but never at the cost of your true life-goal as a Christian. It’s not to become famous. It’s not to earn money. It’s not even to write a half-decent story. It’s to worship our Savior. Our every thought, word, and deed ought to make Him smile. Fame and accolades are nice, but in the end, when you stand in His presence, will any human award matter to Him? Or will it be the story inside your book that’ll matter? Was your writing time something He’d smile about? Or were they your stressful mad-dashes to please a fickle world?
The truth is, the average piece of junk that respects Him has more honor in His sight than a morally-bankrupt masterpiece. Jesus is the only reader that truly matters. Actively invite Him into your process. The rest will fall into place, and your joy in the craft will never falter—no matter the earthly result. Because the growth in Him you’ll experience, as He directs you off the beaten paths other writers insist are ‘best’, has eternal value. Then consider it God’s blessing when He sets your book in the hands He meant its tale for. He’s your endgame. Never forget your endgame.

Hannah: Everyone can find me and all things about Celestial on my blog: http://www.flyingfaith.org. It’s also my main hub for my podcast show FlyingFaith Talks: Biblical Counseling for the Creative Mind, which anyone can subscribe to on Applepodcasts and Spotify! And if anyone is interested in purchasing Celestial, it is on sale for Christmas right now on Amazon, Barnes & Noble, Apple-books, and Goodreads in ebook and print!

For millenniums, angels like Captain Jediah had waged war against their former brethren: the demons. As Keeper of the Abyss, it's his duty to ensure Appolyon's army remains imprisoned until the end of the age. Unfortunately, despite all that God had entrusted him with, Jediah is plagued by an unceasing guilt. It drives him to thirst for Christ's redemptive power, but there's one glaring problem. He's not human. God's gift of salvation is meant for mankind alone.

When God appoints him to lead a task force of five wildly different angels to capture two dangerous demons, Jediah ponders if his return to earth might be his only chance to learn what the core of human salvation truly is. However, one of Jediah’s angels hides a secret agenda, and Jediah’s dark past is hellbent on hunting him down too.

Can Jediah risk everything for the relief he's desperate for? Or should he even bother chasing what he cannot have at all?
Purchase Link: https://books2read.com/u/mY8E0W