Forensic Friday: Who's Got the Goods?

Colonel Mustard did it with a knife in the library. Mrs. Peacock did it in the ballroom with a candlestick. But what if the evidence is contaminated, and the deed cannot be proven? That’s where chain of evidence comes in.


Chain of evidence, also called chain of custody, is the “chronological documentation showing the seizure, custody, control, transfer, analysis, and disposition of physical or electronic evidence.” The key to this process is for the chain to remain unbroken. 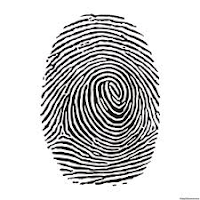 In order for evidence to be used in court to convict someone of a crime, it must be handled in a manner that prevents tampering. The handling must establish that the alleged evidence is in fact related to the alleged crime, rather than having, for example, been “planted” to make someone appear guilty. If there are discrepancies in the process, and it cannot be proven who had the item at a particular point in time, then the chain of custody is severed, and the defendant can ask to have the resulting evidence declared inadmissible.
An identifiable person must always have the physical custody of a piece of evidence, and each transaction involving the evidence must be recorded. Typically, a police officer or detective takes charge of a piece of evidence collected at the crime scene and gives it to an evidence clerk for storage in a secure place.
For those of you who watch CSI or any of the other police dramas on television, you may already be familiar with the process of evidence collection. Documentation begins at the crime scene where a technician photographs the item in its place. Then measurements are taken to indicate the exact location of the item at the scene. A common method to do this is for the technician to select a fixed point at the scene (e.g., the south side of the living room) then measure the distance to the evidence from that point.

Television often portrays police work as fast-paced, glamorous, and exciting. I’m sure it can be, but more often than not a criminal has been convicted because of a tiny anomaly brought to light by meticulous attention to some detail related to the case. (Think Sherlock Holmes or Monk.)
Who is your favorite TV detective?