Traveling Tuesday: Where are the Marshall Islands?

Most of my knowledge of WWII involves the U.S. and British home fronts. Thanks to the Wright Museum where I am a volunteer docent, I am learning a tremendous amount about the battle fronts and various theatres of war. The museum is currently hosting an exhibit showcasing the art of Pvt. Charles Miller who was stationed in the South Pacific, specifically on the Gilbert and Marshall Islands. His art, comprised of pen and ink and water colors, is a pictorial diary of his time during there. 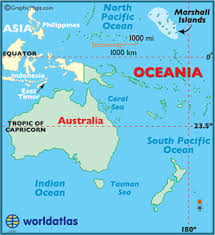 I was intrigued by his pictures and did a bit of research into the Gilbert and Marshall Islands campaign that occurred from November 1943 through February 1944. Located near the equator and slightly west of the International Date Line these islands are approximately 2,400 miles southwest of Honolulu, Hawa’ii.
The country is comprised of twenty-nine atolls (a ring-shaped coral reef, island or series of islets) and five islands. Initially recognized as part of the Spanish East Indies, the islands were sold to the German empire in 1884. After WWI, they were awarded to the Empire of Japan who considered them the outer perimeter of their territory.
By 1943, Japan had scored countless victories in the Pacific. After much debate, Admiral Chester Nimitz suggested a strategy that consisted of a series of amphibious assaults on selected Japanese-held islands toward Japan. This island-hopping strategy hinges on the idea that isolating Japanese troops on the islands and letting them “wither on the vine,” would be as effective as destroying them through a direct attack and have less cost to Allied forces.
Differing opinions divided the Allied commanding officers over which islands to attack. Some felt that Tarawa should be bypassed, while others thought that retaking the Gilberts to provide an air base for the next step (the battle for the Marshall Islands) was crucial. Eventually, the battle of Tarawa did occur with heavy casualties on both sides. 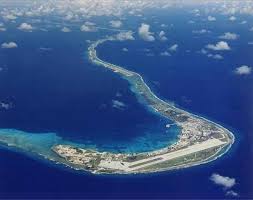 The Battle of Kwajalein (one of the main Marshall Islands in the south, and the main focus of Miller’s work) took place from January 31 through February 4, 1944. The battle was a significant victory for the Allies because it was the first time the Americans had penetrated the “outer ring” of the Japanese Pacific sphere. The success of the Marshall campaign gave Allied troops a major anchorage point and staging area from which to continue their operations in the central Pacific, and to their ultimate goal-Japan.
Today, the Marshall Islands is a presidential republic in free association with the United States, with the U.S. providing defense, subsidies and access to U.S. based agencies such as the FCC and the postal service. Who knew? I certainly didn’t.
Time to do some more studying.