Traveling Tuesday: Where is Narvik? 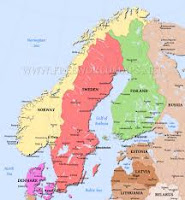 I think many casual students of WWII are unaware of the breadth and reach of WWII. We remember Europe, Africa, and the Pacific islands, forgetting many of the peripheral nations.

The Scandinavian countries wanted to stay out of the war. They were not interest in Europe’s bickering and had declared their neutrality. But because of the strategic importance of Finland, Norway, and Sweden, those countries were dragged into the conflict when Hitler turned his eye on them.

Hitler knew the value of the coastal waters of Norway, especially the port of Narvik. Swedish iron ore could be transported on the Norwegian Sea back to Germany, but just as important was the fact that control of the Norwegian waters would aid the Germans in breaking the Allied blockade of their homeland.

By all accounts, the British Navy should have defeated the inferior Germany Navy. In addition, the German operation did not go as planned. However, despite the odds against winning, the German attack was successful. The fighting went on for sixty-two days, but in the end the Allies had to withdraw. The Norwegian royal family and many of the politicians were able to escape prior to the retreat. 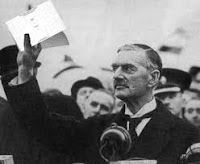 The Norway Campaign was considered to be a strategic failure for the British forces. Instead of overcoming a weaker opponent, the British Navy’s lack of radar control and high performance fighters lost them the battle. Lord of the Admiralty Winston Churchill was responsible for many of the mistakes of the campaign, but he came out on top. As a result of the perception of how bad the defeat was, Prime Minister Neville Chamberlain was given a vote of no confidence, and he resigned his position. Shortly thereafter, Churchill was selected as his replacement.
Posted by Linda Matchett at 1:00 AM