It seems to be awards season. We've seen the Grammys and the SAG programs on TV, and the Oscars are coming up shortly. Even the NFL has created an awards show that was aired the night before the Superbowl. Literary awards are spread throughout the year, most associated with an annual conference. For you mystery lovers out there, here are a few of the more well-known honors:

The Agatha: Malice Domestic is a mystery fan conference held in the Washington, DC each Spring. The focus is on traditional mysteries, and The Agatha Award is given to an author whose book came out the previous year. Nominations are made by conference attendees, and the final decision is made by the Board of Directors. Past winners include: Rhys Bowen, Laurie King, Louise Penny, and Hank Phillipi Ryan

The Anthony: Boucheron is an annual conference that moves its location between Canada and the United States. The Anthony Award is given in honor of the late Anthony Boucher (William Anthony Parker White), New York Times writer and critic and co-founder of Mystery Writers of America. The honoree is chosen by attendees. Past winners include Margaret Maron, Laura Lippman, Jeffrey Deaver, and William Kent Krueger 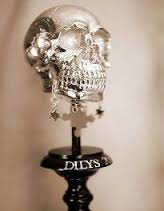 The Dilys: This award was given by the Independent Mystery Booksellers Association at the Left Coast Crime Conference from 1993 to 2014, and is named for Dilys Winn, the first mystery-specialty bookseller. The award is given to titles that Association members most enjoyed hand selling. Past recipients include: Anne Hillerman, Susan Elia MacNeal, Chris Pavone, and Archer Mayor.

The Edgar: Begun in 1946 and named for the author Edgar Allan Poe, this award is given by Mystery Writers of America to member authors for "the best in mystery fiction and non-fiction." Any book, short story or television show is eligible to win and must be submitted through a nomination process. The Mary Higgins Clark Award is a special subcategory in this award. How many of these past winners have you read? Jane Casey, Lois Duncan, Stephen King, and Chris Abani.

The Macavity: Named for T.S. Eliot's "mystery cat," this award is given to authors nominated and chosen by members of the Mystery Readers International organization. There are five categories: best novel, best first novel, best short story, best nonfiction, and the Sue Feder Award (begun in 2006). The most recent recipients include: Julia Spencer-Fleming, Jacqueline Winspear. P.D. James, and Michael Connolly.

So if you're looking for a great mystery to read, try some of these award winning books.

Email ThisBlogThis!Share to TwitterShare to FacebookShare to Pinterest
Labels: a Lady Unrivaled, Linda Shenton Matchett, Mystery writing awards, The Agatha, The Anthony, The Dilys, The Edgar, The Macavity