Have you ever been to Arizona? I had a chance to visit there several years ago, and I can tell you, it is vastly different than the East Coast where I live. In my latest book, On the Rails, Katherine Newman moves from Warren, OH to Williams, Arizona to take a job as a Harvey Girl. She is not quite prepared for what she experiences. 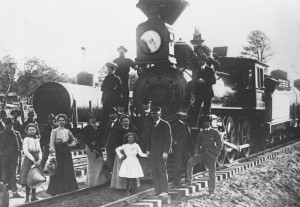 She would have arrived via train. The trip would have taken several days. I decided not to make her suffer too badly and allowed her parents enough money to purchase her a sleeper berth. 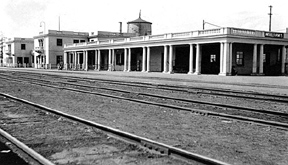 The Williams Harvey House would have been the first thing Katherine saw when she stepped off the train. As you can see from the photo the restaurant is located on the other side of the tracks. Williams is located about thirty miles from Flagstaff. Summer time temperatures averaged in the 80s (F) but could soar to over 100. In fact, the year before Katherine moved there, Williams had a record high of 102 degrees! 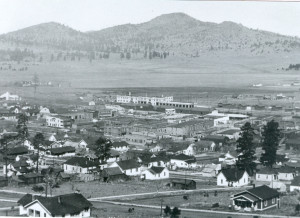 Located at the base of Bill Williams Mountain, the town had a population of about 1,200 in an area covering forty-three square miles. Her home town of Warren had a population slightly more than 11,000. The mountain peaks at 9,259 feet-like nothing Katherine would have seen in Ohio. 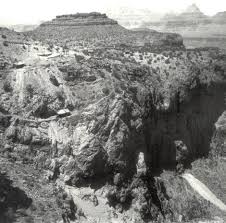 During the story, Katherine and her friends visit the Grand Canyon, located about sixty miles north of Williams. In those days it would have been quite a drive, but fortunately Williams was on the south terminus of the train line, so the girls could ride for free (a benefit of working for Fred Harvey). The Canyon was definitely not like anything Katherine had ever seen. 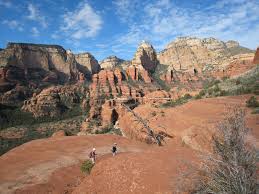 Katherine and her friends also took a trip to Sedona, known as Red Rock Country, and vastly different from the rolling, green hills and farmland of Ohio.

Where are you from? Have you visited somewhere that was significantly different from where you live?
Posted by Linda Matchett at 1:00 AM