Linda:  How long have you been writing, and when did you decide to pursue publication?

Deborah: I have been writing for somewhere between 20-25 years, and I decided at the beginning that I would write for publication, although my first book wasn’t published until 2004.

LM: Where did you find your inspiration for your story? 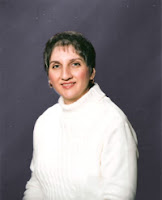 Deborah: Two ways. As a romantic suspense writer, I saw a clip about fetal harvesting on Good Morning America that was introducing the full story to be aired on the next 20/20 episode. I scribbled a quick note on a piece of paper and inserted it into my “Story” folder. For the characters, I noticed there were a lot of talk shows on TV exploiting little people. I vowed to the Lord that I would one day write a novel showing that, even though different, they can have normal lives.

Deborah: Yes, since the main characters in Hush, Little Baby are little people, I wanted to interview some, if they would be willing to speak with me about their difference. I went online and found an organization called Little People of America. There was a phone number for the president, so I called it. The person who answered was none other than Matt Roloff, star of the TLC show, Little People, Big World. At that time, the show was not yet on the TV. He spoke with me for a short time, then suggested I order his book, Against Tall Odds, which I did. A few weeks later, I still hadn’t received the book, so I called again. This time, Matt’s wife, Aimee answered. I asked about the book, for which she solved the problem, but then I asked if I could interview her from the perspective of a female little person. She agreed and we chatted for a while about many different things, even how kind or receptive some of the talk show hosts were. All in all, I have to say that both Matt and Aimee Roloff were so giving of their time and of information without hesitation. Only thing is, once the show took off, Matt was no longer the president of LPA, and due to busyness, he had an assistant who would not grant access to either of them.

Deborah: Mostly a “pantster.” I usually know the beginning, some things in the middle and the end. I make a list of those things, and then start writing.

LM: What is your favorite scene in the story?

Deborah: Writing that book was so much fun, that I have so many scenes I am fond of. If I have to choose one, it would be the one where Evan discovers Amber’s secret.

LM: Sounds intriguing! What is your next project?

Deborah: Right now, I’m working on a TV script the Lord has led me to do. I have a few books started that I’ve put on the back burner, as a result.

Deborah: Reading, spending time with the Lord, family or friends. There are some other creative things that I used to enjoy, which I don’t have time for, anymore. Things such as crocheting, sewing, drawing.

I would like readers to know that I am an advocate for sanctity of life. That includes in every area: abortion, assisted suicide, and anything else that affects the quality of the precious life that God has gifted us with. Most of my books will reflect that through either the story or the characters, or both.

Ten percent of the proceeds from Hush, Little Baby go to Life Dynamics, an organization that works to prevent abortion, along with all of its components, fetal harvesting being among them.

Want to know more about Hush, Little Baby? Here's the back cover blurb:

Investigative journalist, Amber Blake, is a little person bent on payback for the death of her average-sized twin sister. Enlisted by her former partner and estranged husband, Evan, she poses as a counselor in an abortion clinic to expose the doctor responsible for fetal harvesting. As a Christian, she struggles with concealing her beliefs to maintain her cover, while the doctor’s romantic overtures tumble her stomach. Amber agrees to date him for the sake of the story . . . but nothing prepares her for what’s behind a mysterious door in his office.