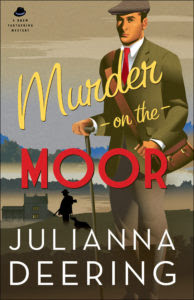 Book: Murder on the MOOR, A Drew Farthering Mystery

At the urgent request of an old school friend, Drew and Madeline Farthering come to Bloodworth Park Lodge in the midst of the Yorkshire moors, a place as moody and mysterious as a Brontë hero. There have been several worrisome incidents around those lonesome rolling hills–property desecrated, fires started, sheep and cattle scattered. Worst of all, the vicar has been found dead on the steps of the church, a crime for which Drew can discern no motive at all.

Few in the town of Bunting’s Nest seem like suspects, and Drew can’t keep his suspicions from falling on his friend’s new bride. Do her affections lie more with her husband’s money and estate, while her romantic interests stray to their fiery Welsh gamekeeper? As the danger grows ever closer, it’s up to Drew to look past his own prejudices, determine what’s really going on, and find the killer before it’s too late.

Murder on the Moor is the sixth book in Julianna Deering’s Drew Farthering series. Over eighteen months have passed since Drew and his wife Madeline solved a murder, so when one of Drew’s former schoolmates comes calling, they can’t resist following him to Yorkshire to help the local police. As with the rest of Ms. Deering’s books, the dialogue is witting and engaging, in the flavor of William Powell’s and Myrna Loy’s Nick and Nora Charles. Drew and Maddie have a fun, loving relationship without being “slurpy.” A sense of the era is given through dialogue and description, reminding the readers where and when we are. Clues are sprinkled throughout the book, and I enjoyed trying to solve the crime along with the Fartherings. Murder on the Moor is not overly religious, but a faith message is presented through Drew’s handling of the situation and discussion between him and other characters. There is periodic violence, but it is not graphic or gratuitous. 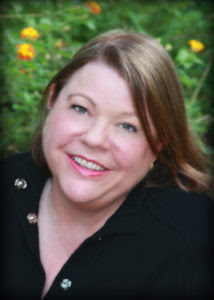 Julianna Deering is the creator of the acclaimed Drew Farthering Mystery series. She has always loved British history and is a particular fan of the writings of Dorothy Sayers and Agatha Christie. She graduated from the University of Texas at Dallas with a degree in business administration and spent several years as a Certified Public Accountant. She lives outside Dallas, Texas. For more information visit www.juliannadeering.com. 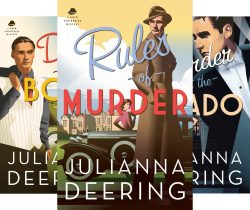 To celebrate her tour, Julianna is giving away a set of the A Drew Farthering Mystery (5 Book Series)!! Click below to enter. Be sure to comment on this post before you enter to claim 9 extra entries! http://www.rafflecopter.com/rafl/display/4664b0499