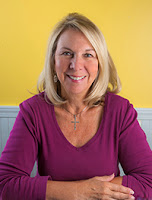 Linda:  Thanks for joining me today. Your new release Shadowed by a spy is the sequel to The Gilded Curse. Where did you find your inspiration for this story? (Readers: Be sure to scroll to the end for the book blurb and purchase link)

Marilyn: Hi Linda. Thanks for having me. Where did I get my inspiration for Shadowed by a Spy? From my readers, first, who wanted to know what happened to my characters after my book The Gilded Curse ended. To answer that question, I had to brainstorm where the characters from the first book went next. It was only natural that they went to New York, my heroine, Lexie Smithfield’s home and also where she planned to attend nursing school. As a historic writer, I search for interesting events that happened in a particular year, and it just so happened a major event, the landing of Nazi spies on Long Island, happened after Lexie moved back.

LM: I love reading stories that include real events. The age old question for writers – are you a planner or a “panster,” and what is your favorite part of the writing process?

Marilyn: I’m a hybrid – both. I have to plan the story to pitch it, so I have a synopsis first. But what happens during the writing is often a surprise. However, I don’t think I’d ever be able to do a chapter by chapter synopsis as I’ve heard some publishers have requested. What I do plan is based on the 3-Act screenplay, so I know the turning point and the black moment and the end and pace the rest of the book around these points.

LM: You write historical fiction which requires an extra layer of research to ensure accuracy about the era. How did you go about researching this particular book and did you discover any extra special tidbits of information?

Marilyn: Writing historical fiction is an excuse to do research. Really, I LOVE the research because I learn so many interesting things. For this book, I contacted every place mentioned in the book. The nurses’ school no longer exists so I had to contact a number of NY agencies for information. Although the building still stands, it is currently abandoned, but what a gem when someone found a map of the original building for me! I read nurses’ journals from 1942 and even interviewed a 90+ former nurse who let me know about the uniform code. The hotel in the story is still in business after years of change, but someone at the hotel was a historian and gave me great information about it. The fun part was when my husband allowed us to put Long Island on our summer vacation so I could see the area where the spies landed, Amagansett, and also see the posh areas of East Hampton nearby. One of my favorite places was the neo-Elizabethan East Hampton Library built in 1912. The research librarian was a great help, and the library is so charming, I could live there!

LM: A fellow research junkie – excellent! I love research too. You write about multiple historic time periods. How do you decide which project/era to tackle next?

Marilyn: I started out writing about the Civil War’s effects on the coast of Florida, but a series developed that covers a period from 1861 to 1883. Since I live on the coast of Florida, I’m particularly interested in what happened here. Much of that history is relatively unknown, so I love finding a nugget of history and letting my characters experience it. At the time I brainstormed my World War II book, I was visiting Jekyll Island, GA, so that’s where I met Lexie. In addition, I’ve been writing a lighthouse blog for over five years, so I’ve done a lot of research about lighthouses, and that research, of course leads to stories. If you see a common thread, it’s a coast, so I doubt I’ll ever write a book set anywhere else. 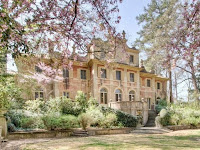 Marilyn: When I lived in Atlanta, I liked to drive by historic mansions in the Buckhead area of town and imagine what stories they could tell. One day a friend was in town visiting and we were driving around and I decided to drive into the driveway of one of the more forgotten-looking mansions. When I discovered the owners were in Europe and workmen were there, we decided to do a self-guided tour until we were asked to leave. I might still write a story set there (even though it’s not the coast). I learned later it’s called the Pink Castle and was built in 1923 – think Downton Abbey in Atlanta – ooh!

LM: You live in Florida, a beautiful area of the world, and a place many people visit. If money were no object, what is your idea of the ultimate vacation?

Marilyn: That’s a difficult question to answer, but I’d love to take one of those river cruises in Europe and see castles. I’d also love to go to Tuscany and take a cooking class.

LM: Sounds fun! What is your next project?

Marilyn I’m currently working on my Coastal Lights Legacy series. The second book will be out soon and then I have to finish book three, then book four. After that, I have a standalone book to write.

Marilyn:
My websites are http://pathwayheart.com, and http://marilynturk.com.
You can also find me on Facebook at https://www.facebook.com/marilyn.turk.9

Pinterest: https://www.pinterest.com/bluewaterbayou/ - where I have a page devoted to Shadowed by a Spy with lots of cool 1942 pictures!

Book Blurb:
In the dead of night on June 12, 1942, four sailors climb from their German U-boat and make their way toward the coast of Long Island, NY. From there, they board the Long Island Railroad heading into Manhattan. One of the men, Cal Miller, is a US citizen, making him the perfect candidate for a special mission to infiltrate the States and gain access to key economic targets he can destroy.

Three seats ahead, Lexie Smithfield ponders her future as a nurse at Bellevue Hospital and wife to her fiancé Russell Thompson. A brief encounter with Cal Miller on the train leads to an unlikely friendship, and ultimately to the fearsome discovery that this handsome, kindly man is not who he appears to be.

When Russell is given an opportunity to work overseas, Lexie reluctantly encourages him to go. But his absence leaves Lexie alone in a strange city where her path becomes increasingly darkened by her unwitting connection to the German saboteurs. As the spies lay plans to destroy American factories and bridges, it becomes clear that only two people can stop them. One is a catatonic patient at Bellevue who must be strapped to his bed and sedated. The other is Lexie herself, a young woman who longs only for the security of marriage while ministering to the war’s physically and emotionally wounded.

Can Lexie’s unintended friendship with a Nazi spy thwart a terrorist attack? Or will her hopes and dreams—peace on the American homefront—become another casualty of war?