Mystery Monday: Who was Bernice Carey?

Mystery Monday: Who was Bernice Carey?

Popular with book critics during the 1940s and 1950s, Bernice Carey wrote eight crime novels, and then disappeared from view.

Born in 1910 as Bernice Carey Martin to Swedish immigrant parents on a farm in North Wisconsin, she and her family moved to California where they moved several times between San Francsico and Los Angeles. Almost immediately out of high school, she married Walter Fitch. They moved to Ventura where Walter worked on the oil rigs. Later they moved so that he could take a job as a factory foreman. Moving again, the couple ended up outside of Salinas where they were very active in politics and labor unions (a topic which turns up in her novels). 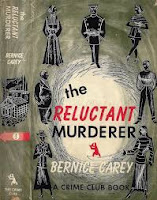 Bernice published essays and poetry in a variety of magazines. It wasn’t until 1949 that her first book was published. (Perhaps she was waiting until she finished raising her two sons.) Her debut novel, The Reluctant Murderer, is similar to the Pat McGerr novels in that the victim’s identity is withheld until well into the story.

The plot revolves around Vivian Haines, a 40-year old San Francisco career woman who wonders if murder is the only answer that will solve her problem. However, she really doesn’t want to do it. Written in first-person point of view, the story follows Vivian’s thought process to come to her decision.

“I never cared for detective stories, and for a moment I regretted it. If I had read more of them I might be familiar with different means of doing away with people. I am not one to leave things to the last minute, nor be vague about my plans; but somehow I had put off really getting down to business on working this thing out. After all, one has a natural reluctance about taking a human life…” 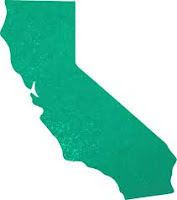 As the novel progresses, suspense is ratcheted up as Vivian begins to believe that someone is out to kill her.

Carey’s books are all set in California, and the last was published in 1955. She died of a heart attack in 1989.