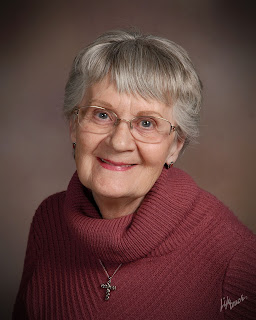 Linda:  Thanks for joining me today. Congratulations on your latest release, Blessed by Time. Where did you find your inspiration for this story?

Anne: I guess it began as a result of a long-held desire to go back to the time of Jesus and visit with Him. I just started writing, and the story unfolded.

Anne: I’m definitely a panster, and you’re going to laugh, but my favorite part of the writing process is the editing. I know, you don’t have to tell me. That’s more than a little bit weird.

LM: The concept of time travel is part of the story. How did you go about researching that and what did you discover that just had to be included?

Anne: I’ve written other first-century books, and a lot of the same research went into this one. There’s a lot of information online (making sure to verify its reliability), plus I have several books―the entire works of Josephus, a book about available foods (with recipes!), Encyclopedia of the Bible―that sort of thing. And there are still two mistakes in the book regarding historical truth―maybe the most notable being that people of that time did not normally eat three meals. I’m hoping to do another edition eventually and correct those.

Anne: It all started with a feral kitten we adopted. He was such a live-wire I decided to give a Toastmasters speech about him. Which led to someone saying this would be a great children’s story. Which led to me writing them. Which gave me the itch.

Anne: I would love to visit the Holy Land. Health and funds permitting and God willing, I hope to do that in 2020. 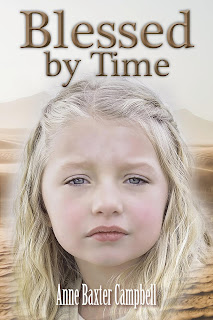 LM: You’ve written historic and contemporary fiction. Which is your favorite, and how do you decide what to work on next?

Anne: I let God decide what’s next―and I’m not really sure which is my favorite genre. Depends on the day, I guess.

Anne: I’m currently working on a sequel to Blessed by Time, and there’s yet another sequel to the sequel making noises in my brain.

Anne: I dropped my website because the only traffic it generated was spam, so I guess my “website” would be my blog, A Pew Perspective (https://pewperspective.blogspot.com/). In addition, they can find me on Facebook, LinkedIn, Google+, and Twitter. They can find my books on Amazon at https://amzn.to/2QxYhl9.

Book Blurb: Sarah Johnson is a woman deep in grief over the loss of her only child, three-year-old Tamara. Six months' time hasn't lessened the pain. She leaves for work early one morning and hasn't been seen since. Her husband Paul, professor of languages and counselor at Arizona State University, also grieves, but is moving on. How far on? When Sarah disappears, he's suspected of getting rid of her in favor of a luscious redhead. How can he convince the police he's innocent? And where-or when-on God's green earth did Sarah go?