Linda:  Thanks for joining me today. Congratulations on the release of your debut novel The Heart Changer. What made you decide to write biblical fiction geared toward teens, and how did you decide which story to write?

Jarm: Thanks, Linda! I would say I wrote the original (which was chapter book length) then realized the story was geared more towards lower middle grade (publishing industry definition)— ages 8 to 11 —depending on their reading level.  I have a heart for the kids in Scripture that have made a huge impact in the lives of those around them, but have no name or backstory — so I give them both! Since my passion is to ‘breathe new life into the pages of history’ I delight in the ‘what-ifs’ and bring the story to life so children can relate to the Bible characters in a fresh way.

LM: How did your former careers as teacher and librarian aid you in the writing process? How were they an impediment?

Jarm: That’s an interesting question, Linda! Come to think of it, my years in education, along with my resolve to bring truth into my writing has impeded my progress in finding a secular publisher for my works. They avoid traditional, didactic stories, but that type of writing comes naturally to me. After reading a plethora of books to my students during story time back in the 70’s and 80’s, and as a homeschool mom from 2001-2011, all that great literature has seeped into my pores! This is a good thing, but not what the general public is seeking — fantasy and sci-fi are big in the market right now, along with historical novels peppered with elements of fantasy. So, I have learned (and am still learning) to ‘show’ my stories instead of ‘telling’ them, knowing my readers can be impacted without being preachy.

LM: Lots of research goes into writing a book. Did you unearth a particularly interesting tidbit you just knew had to be included in the story? 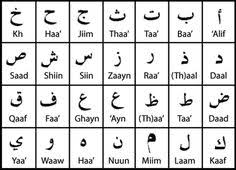 Jarm: Actually, Yes! As I was finishing the final edits with my publisher, Ambassador International, one of my endorsers questioned how my MC would know the Syrian language, since I had her conversing easily with foreigners. When I did the digging, I discovered in those days, the Syrians would have spoken Aramaic (presently it’s Arabic) while the Israelites native tongue was Hebrew. The “ah-ha” moment came when I understood the two languages were derived from the same root, so they would have been able to understand each other, just as an Italian could understand a Spanish-speaking person. Then, I realized Jesus spoke Aramaic in the first century AD, which is why he could communicate with so many Gentiles. I love those connections!

I also was blessed with input from a missionary mom and her three daughters who lived in that very area close to the Syrian border.

Jarm: I wish I had the voice of an angel. Although my voice is passable, and I can sing in tune, I’ll need to wait until I get to heaven to realize my dream!

Jarm:
Favorite color: Growing up, I would always say ‘blue’, but now that I’m older, a color somewhere between lime green and neon — the color of new life — is my favorite.

Favorite food: I have extreme food intolerances, so my choices have been reduced by 75%, but if I could eat anything? Hmmmmm. Fresh cinnamon rolls or Beignets with a cappuccino would be a pleasure!

Favorite time of year: Since my (full) first name, “Jarmila” means ‘lover of spring’ in the Czech language, it’s truly my favorite season. Spring to me is like a promise of good things to come — a fresh start.

LM: You have traveled extensively. What has been your favorite place to visit thus far?

Jarm: That is a tough question, since I’ve been to six continents. Each city and country has its own flavor which makes it unique. Oddly, I fell in love with Istanbul, but Israel (Joppa in particular) is also a favorite. In Europe? Well, it’s the tale of two cities — or rather, countries — The Cotswolds in England, and the French countryside both captured my heart! Although I try not to visit the same place twice, sometimes it’s unavoidable. Next on my bucket list? Living in a yurt drinking yak milk as a nomad the Mongolian desert. But only for a couple of weeks. ☺️

Jarm: I have three other middle- grade novels, (set in England, Spain, and the 1893 World Columbian Exposition) The latter novel I’ve been submitting to publishers and agents, so I would be blessed if it was in God’s plan for it to be snatched up in 2019!


Book Blurb:
Can an Israelite captive, wrenched from all she loves, serve the very man who destroyer her village?

Miriam is asked to do the impossible: serve the wife of Naaman, commander of the Syrian army. Clinging to treasured memories of home and faith, Miriam faces captivity with worry and bitterness. Little does she know the Heart Changer is wooing and preparing her for a greater mission far beyond what she could imagine.

This middle-grade historical novel reflects the heartache and angst of a young refugee in a foreign land where all hope is lost.

Pre-order now: https://amzn.to/2TbKxkT
Posted by Linda Matchett at 1:30 AM