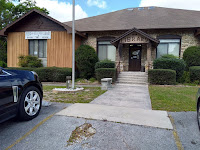 It’s been a while since I posted anything about Forensics, but I found a textbook while prowling around the wonderful Friends of the Belleview Library Book Nook during a visit to Florida to see family and thought I’d share some basics. I probably would have picked up more than the five books I did if I didn’t have to fit them in my luggage!

Television shows like NCIS and CSI created an avid interest of forensics by the general public. The shows are fascinating, and at some level, well-done, but no crime is solved in forty minutes with commercials, and the lab work and associated results take much longer than people realize. One concept the shows do justice to is that no matter how "empty" a crime scene appears, there are myriad tiny pieces of evidence that can be gathered. These items are called trace evidence.

Forensics are used to help legal cases, both criminal and civil. Evidence can be biological, chemical, or physical. The FBI maintains a handbook of forensic methods and techniques for use by all U.S. states, and most crime labs refer to it as the definitive standard for the analysis of evidence.

The earliest recorded use of forensic science dates back to ancient China where people used fingerprints as proof of identity in barters. The first text referring to the use of forensic science techniques is Hsi Duan Yu (translated the washing away of wrongs) published around 700 BC. Over the centuries forensics made great strides as technology improved, and in the last few decades the field had grown rapidly. And rather than one super-detective like Sherlock Holmes who used his extensive knowledge of forensics to solve a crime, the professional forensic scientist is one link in a long chain that handles and examines physical evidence.