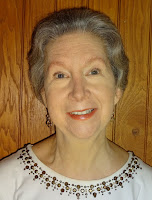 Linda: Thanks for joining me today. Congratulations on the release of your debut novel, When Valleys Bloom Again. You live in Philadelphia which is steep in colonial history. What made you decided to write a book set during WWII, and what was your inspiration for the story?

Pat: Thank you for having me as a guest on your blog.

Philadelphia in addition to being rich in colonial history was the site of a large and busy shipyard during World War II. The city is situated at the confluence of the Delaware and Schuylkill Rivers. The Naval Shipyard had its greatest period during WWII when it employed 40,000 people who built 53 ships and repaired 574. During this time, the yard built the famed battleships, USS New Jersey and its 45,000-ton sister ship, USS Wisconsin.

I was born in Philadelphia after the post-war period. I had family that had served in the European Theater. When war was declared by England in 1939, my father-in-law was conscripted into the British Eight Army and served his country until 1946. I’ve had a keen interest in this period of history and wanted to some day write a faith based novel with an Anglo-American connection. A portion of my novel is set in England as well as in the US.

I found an opening for When Valleys Bloom Again after reading a book on the life of Kathleen Kennedy, daughter of Joseph P. Kennedy, the United States Ambassador to the United Kingdom. He and his family were living in London when Britain declared war. Kathleen Kennedy’s story intrigued me. She was forced by her father to return to the US for her safety. Kathleen had made many friends while living in London and was determined to return some day. She eventually did go back, served in the British Red Cross and married William Cavendish who was in line to become the next Duke of Devonshire. Sadly, he died in battle a few months after their marriage.

I based my protagonist, Abby Stapleton, loosely on Kathleen Kennedy’s situation at the outbreak of war in 1939. Abby is the American-born daughter of a British diplomat. Her father sends her back to the US to escape impending war. She too vows to return to London.

Pat: I tend to be more of a planner. I enjoy the editing more than the actual writing.

LM: Research is a large part of any book. How did you go about researching When Valleys Bloom Again and did you discover any extra special tidbits of information?

Pat: In the beginning, I took out books written about World War II from my local library. While in England doing research for When Valleys Bloom Again, I visited Chatsworth House, the home of the present Duke of Devonshire. I found the grave of Kathleen Kennedy in St. Peter’s Churchyard, not far from Chatsworth House. She too died tragically shortly after peace was declared. I learned from the guide at Chatsworth House that in 1963 President John Kennedy had visited his sister Kathleen’s grave site while on his way home from a trip to Ireland, only six months before his assassination. He and his sister had been very close throughout her life. Standing before Kathleen’s grave, I could only image the sorrow President Kennedy felt.

During my research trips to England, I visited an actual air raid shelter, airfields, war museums, and Churchill War Room in London. I also interviewed veterans of WWII in both the UK and US.

Pat: As an introvert, I find it difficult to speak before an audience. I’d love to have the ability to speak with ease publicly. This would make author talks and signings less stressful.

Pat: To spend a month on the South Coast of England, living in a self catering cottage.

Favorite movie: There are so many, but high up on the list is North and South, the British TV drama based on Elizabeth Gaskell’s book.

Favorite childhood book: The Little House on the Prairie series.

Pat: Finishing a novel set in the Progressive Era, a time of social reform and the continued struggle for the right of women to vote. My heroine works in a settlement house helping immigrants adjust to life in their new country. Against the wishes of her father and her intended in marriage, she joins the suffrage movement and campaigns for the rights of women and children.

About the book: As war approaches in 1939 Abby Stapleton’s safety is under threat. Her father, a British diplomat, insists she go back to America until the danger passes. Abby vows to return to her home in London—but where is home? With her family facing mortal danger so far away and feeling herself isolated, she finds it hard to pray or read the Bible. Did she leave God behind in war-torn London too? Abby becomes friendly with Jim, a gardener on her uncle’s estate.

Jim can’t get Abby out of his mind. Did she have a sweetheart in England? Was it foolish to think she’d consider him? He curses his poverty and the disgrace of his father’s desertion and drunkenness haunts him. Can he learn to believe in love for a lifetime and to hope for a happy marriage?

Abby couldn’t know the war would last a long time, nor that she would fall in love with Jim—soon to be drafted by the U.S. Army—or that she’d have to confront Henri, a rejected suitor, determined by his lies to ruin her reputation and destroy her faith in God’s providence. Will she discover the true meaning of home and find happiness with Jim?