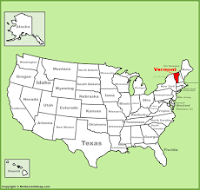 Vermont has a history of being independently-minded. A long history. Before it was our fourteenth state, Vermont was an independent nation. You read that correctly. Not recognized by the Continental Congress as a state, but rather the “New Hampshire Grants,” as it was referred to, Vermont didn’t join the union until after the Revolutionary War. In January 1777, delegates from twenty-eight towns met and declared independence from the jurisdictions and land claims of both the British colony of Quebec and the American states of NH and NY, thereby making it a separate nation.

The United States didn’t officially enter WWII until the day after the attack at Pearl Harbor, December 8, 1941. However, by the then Vermont had been involved in the war effort for over a year. How and why did they manage that?

You have to follow the money to get the full story.

It came to the attention of the Vermont legislature that the families of servicemen struggled to make ends meet because of the low level of pay they received. An average salary of $70 per month and average expenses of $62, left very little money for extras or unanticipated costs. 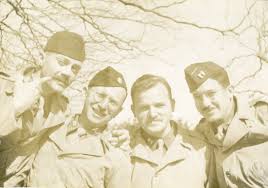 The Legislature wanted to award a bonus of some sort to Vermonters called to serve, but their hands were tied because of the state’s laws. To grant the bonus, lawmakers would have had to vote for a new tax in peacetime in order to appropriate the funds. However, they could vote a bonus during a time of armed conflict.  Fortunately for Vermont, on September 11, 1940, President Roosevelt ordered the U.S. Navy to shoot first if it encountered German warships entering U.S. waters. By interpreting this military order to meet the letter of the law, Vermont effectively declared war on Germany, and the Legislature quickly voted in a $10-a-month bonus for draftees.

Newspaper praised the action saying, “The rest of the nation, perhaps, may be satisfied by assurances and euphemisms of our national leaders to the effect that we are not at war and have no intention of entering upon a shooting war with the Nazis or their Axis henchmen. But not so Vermont.”