Thank you, Linda, for hosting me on your blog today. It’s such great fun to meet others who love Christian fiction as much as I do, especially historical romance.

While Linda’s wheelhouse appears to be World War II fiction, I’m going to take you back a little further in time. My debut novel, A Love Restored, is set in Virginia in 1873-74. My heroine, Ruth Ann Sutton, “can’t carry a tune with a handle on it” according to her beau, Benjamin Coulter. In one scene, I have her decorating the Christmas tree and I wanted Benjamin to stumble upon her off-key singing once again. While searching for the lines to the “Twelve Days of Christmas,” I stumbled upon something called Twelfth Night parties that were quite popular during the Victorian era. I knew right away that I wanted to incorporate such a party into the book and decided that Ruth Ann’s friend, Charlotte Peterson, would be the perfect hostess. 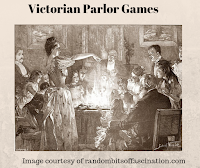 Traditionally the twelve days of Christmas begin on Christmas day and conclude on January 5 (or the twelfth night). The next day, January 6th, is the Feast of the Epiphany on the church calendar and honors the day when the Three Kings brought Jesus their gifts of gold, frankincense, and myrrh. Although not as popular in American, the Twelve Days have been celebrated throughout Europe since the Middle Ages. 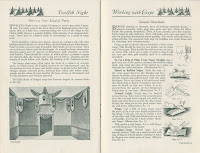 The highlight of the evening would be choosing the king and queen of the party. According to the 1923 Dennison's Christmas Book, "there should be a King and a Queen, chosen by cutting a cake..." Apparently, it was quite a large cake as one recipe I found called for a dozen eggs. Can you imagine? The Twelfth Night Cake would have both a bean and a pea baked into it. The man who finds the bean in his slice of cake becomes King for the night while the lady who finds a pea in her slice of cake becomes Queen. The new King and Queen sit on a throne and are adorned with "paper crowns, a scepter, and if possible, full regalia are given them."

Games, singing carols and dancing were a huge part of the evening’s entertainment. In A Love Restored, Charlotte and her party guests play a Victorian parlor game called Forfeits. In this game, an activity was chosen for all the guests to participate in. If the guest failed to complete the activity there was usually some kind of penalty in which you had to do what the winner asked. In ALR, the gentlemen requested the ladies sing, “The Twelve Days of Christmas.” If the women made a mistake, the gentleman could ask for restitution in the form of a ‘sweet,’ either an edible treat or a kiss on the cheek. Ruth Ann’s rival for Ben’s affections, Rose Martin, intentionally messes up hoping that Ben will ask for a kiss. Being a gentleman, and one who is smitten with Ruth Ann, he passes and asks for a peppermint instead. 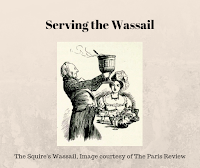 A popular beverage served throughout Europe on New Year’s Eve and Twelfth Night is wassail. Wassail comes from the Anglo-Saxon phrase ‘wases hael’ which means ‘good health’. Wealthier folks, however, were known to indulge in the drink throughout the twelve days. Wassail is mixture of mulled ale, curdled cream, roasted apples, eggs, cloves, ginger, nutmeg and sugar, and is often served with great fanfare and presented to those in attendance in a special Wassail bowl usually made of silver or pewter. Often people would take the wassail and present it as a gift to others. Here is a recipe for wassail.

I’ve never attended a Twelfth Night party, but after learning about the custom it’s something I’d like to do. The history lover in me thinks it would be fun to host such a gathering and have those attendance come in period costume.

To be entered in the drawing for a Kindle copy of A Love Restored, share your favorite line from the “Twelve Days of Christmas” in the comments below.

She was nothing like the woman he’d envisioned for his bride, but he was everything she’d ever dreamed of—until a promise from his past threatened their future.

With pert opinions and a less-than-perfect figure, Ruth Ann Sutton doesn’t measure up to society’s vision of a perfect lady. When she accepts a position teaching in a Freedman’s School, it threatens the only marriage offer Ruth Ann is likely to receive. She’s forced to choose between life as a lonely spinster or reinventing herself to secure a respectable proposal.

Determined to rise above his meager beginnings, Benjamin Coulter's reputation as a fast learner and hard worker earn him the opportunity to apprentice with a surveyor for the railroad-a position that will garner the respect of other men. After a chance encounter with Ruth Ann Sutton, Benjamin is smitten with her pretty face, quick wit, and feisty personality.

When others ridicule his choice, will Benjamin listen to his heart or put ambition first?

Excerpt from A Love Restored:

Benjamin Coulter cringed as the shrill tune hung in the air. That woman sure knew how to ruin a Sunday afternoon. Sounded like something was dying and needed to be put out of its misery.
He shook his head. All he wanted to do was rest a while longer. His decision to go around his headstrong superior and talk to Mr. Farrell directly about his boss’s inaccurate measurements had made for a nerve wracking week. That decision could have cost him his job. Thankfully, his discovery had been received well, saving the struggling railroad both time and money.
Benjamin leaned against the sycamore tree and tossed his line into the creek. A slight hint of remorse nicked his conscience. He now sat poised to guide the construction of the Washington & Ohio Railroad through the town of Catoctin Creek and over the Blue Ridge Mountains to Winchester, but he hadn’t intended to get his boss fired. If only the man hadn’t refused to admit he’d made a mistake.
Yep, it was all coming together. Just the way he’d hoped it would when he agreed to leave Texas and take this apprenticeship in Virginia. All he had to do was pass that examination next spring and...
He shuddered. The woman’s screeching escalated to a bone-grating pitch. She’d frighten the fish away for sure. Like most folks, Sunday was his day off, and he didn’t intend to spend it listening to her sing off-key.
Wedging his pole in the mud of the creek bank, he set off to investigate. Her ear-piercing slaughter of The Merry, Merry Month of May led the way. He spied his first glimpse of the lyrical assassin through the thin limbs of a dogwood tree. Perched on a large, flat rock at the edge of the creek, she swirled her bare feet in the water. Behind the rock sat a pair of woman’s boots—fancy ones. Too bad she hadn’t spent some of her shoe allowance on singing lessons. Her voice cracked. “The skies were bright, our hearts were light, in the merry, merry month of May...”
Benjamin winced. That was the fourth time in a row she’d sung that part. For the love of Pete, didn’t Miss Fancy Boots even know the words? He needed to put a stop to this so he could continue fishing—and napping. He stepped forward then stopped. The woman reached up and removed a pin from her hair, then another. Mounds of long chestnut brown ringlets spilled over her shoulders into the middle of her back.
Curls. He groaned. Why’d she have to have curls?
“The skies were bright. Our eyes were light...”
Never mind. Curls or not, the woman’s voice could haunt the dead.