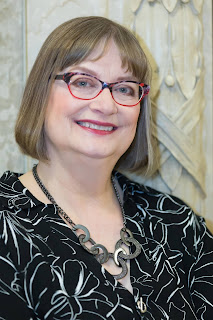 Linda:  Thanks for joining me today. Congratulations on your recent release Northern Deception. It is the first in a series which is exciting news. Where did you find your inspiration for this story?

Laurie: Thanks for having me, Linda. I started writing Northern Deception for a contest that stipulated they wanted stories about Canadian heroes. I immediately thought of making him a Royal Canadian Mounted Police officer—or a “Mountie”—as they’re more commonly known but thought that would be too overdone by others entering the contest. So, I thought, “what’s more iconic than our Mountie’s? Our Arctic, and polar bears, and snow.

Our Winnipeg Zoo has a polar bear exhibit that takes in orphaned polar bears from Churchill, Manitoba area which lies on the 58th parallel which is our sub-arctic boundary. It is level with Juneau, Alaska and Inverness, Scotland. Once I visited our Zoo and started researching Churchill and the bears, I knew I could make a great story out of the place. And so, my hero, Lukas Tanner, wilderness tour guide, was developed from there.

Laurie: Doing the research for the book! I love deep diving in to all the bits and pieces to make the story come alive and give it authenticity. I’m a bit of a nerd that way. And then I can start fleshing out my outline once I knew I’ve got enough facts to put the pieces together. When I first entered the contest, I’d written the first chapter and a short synopsis which was all that was required. However, I hadn’t done a spec of research. Then when they requested the full manuscript, and I started researching what I’d written, I discovered to my horror that I’d written a ton of things that couldn’t take place in that environment. I’ll never make that mistake again! And while I was able to change things around without any ill effects, it was a major lesson to learn.

LM: Lots of research goes into writing a book. Did you unearth a particularly interesting tidbit you just knew had to be included in the story? 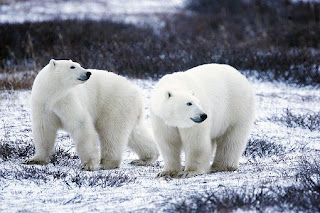 Laurie: Everything I learned about polar bears was fascinating. I really knew nothing about them before I started this book, other than they live in the northern arctic and not in Antarctica. They have eyesight comparable to humans and hearing that’s superior to humans. They can run at an easy speed of 25 miles per hour. They’ve been clocked via satellite collars swimming for 100 miles without stopping. They can pull a 150-pound seal out of a hole in the ice with one paw and they can tear the door off a truck or its windshield off if they want to get inside, although that is rare. And unlike a black bear or a grizzly bear, if they get you down on the ground, don’t play dead. You need to fight back because they will kill you.

Laurie: I wish I knew how to ballroom dance. I’ve pestered my husband for years (we’ve been married thirty-years) to take lessons but he finds reasons every year not to do it. I’d settle for learning how to do a simple two-step at this point!

Favorite time of year:  Fall. I love it when the really hot weather is over, and you can go out without sweating and carrying a jug of water with you everywhere. We get extreme cold and extreme heat where I live. So, that period when you can enjoy the sun and still wear summer clothes before the snow hits is my favourite time of year.

LM: You live in a beautiful area of Canada, an area many people visit. If money were no object where would you vacation?

Laurie:  I’ve been briefly to Scotland when my husband graduated with his MBA from Heriot-Watt University, so I’d like to go back to Scotland and do a full tour of it. My grandparents were from there, so I want to see Edinburgh again, and Inverness and the Highlands. I spin wool into yarn and knit so I’d love to travel around and buy up some wool to bring home.

Laurie:  I’m working on Book 2 in the series which carries on a few months after the ending of Northern Deception. It’s the story of Ben Koper, who is the RCMP officer in Book 1, who’s mauled by the polar bear but saved by the female Natural Resources officer who tranquilizes the bear with a heavy dose of Tramadol. We’ll get to see Churchill, Manitoba in the summer months this time around. And I also have an historical book in the works. 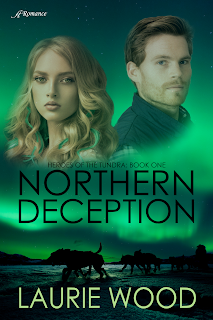 Reunions can be deadly.

After a savage attack in university, Kira Summers fled to the safety of northern Canada and her work as a polar bear scientist. But when her whistleblower brother dies in a mysterious car crash, she must return home to bury him and pack his belongings. Unaware she’s carrying explosive evidence someone’s willing to kill for, she has no choice but to rely on the one person she never thought she’d see again.

Lukas Tanner, a widowed single father of a special needs toddler, moved to Churchill five years ago. As the proud owner of Guiding Star Enterprises, a wilderness tour company, he and his daughter lead a simple life. But when Kira comes crashing back into his world, he realizes God has other plans. Now, Lukas and Kira must confront a merciless killer as their past and present collide in a deadly race—a race they must win if they have any hope of a future together.