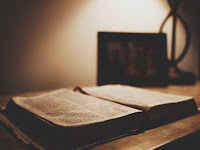 Available for pre-order through the links at the end of this post, my next release, Love's Rescue, is a modern retelling of the biblical story of Rahab, a prostitute who hid two Hebrew spies and diverted the attention of the authorities so the men could slip out of the city upon completion of their reconnaissance. After lots of research, I chose the liberation of Paris during WWII as my setting to redo the story. It was a part of the war about which I knew very little.

LM: Welcome, Simon. You come from a well-to-family in Boston, Massachusetts. What was it like to turn in your hand-tailored suits and silk ties for life in the trenches?

Simon: I’d like to think that I adjusted fairly well, although my best friend, Eddie, might rebut that. 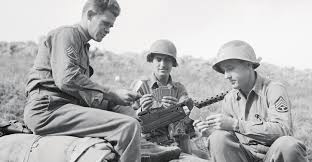 Even though my family had servants, my parents expected us to be somewhat self-sufficient. Although the day I helped in the laundry tent gave me an appreciation of how much I don’t know! Life in the trenches is definitely different than on Beacon Hill. In winter, we were constantly chilled, and during summer couldn’t get cool enough. The uniforms are ill-fitting, and I can’t wait not to have to wear boots. I’ve seen some terrible things, and suffered an injury, but what we’re doing is important. The Axis powers must be defeated.


LM: You came ashore at Normandy, then made your way south to Paris. Can you tell us about that?

Simon: Normandy was simultaneously terrifying and exhilarating. The massive number of troops, ships, planes, and weapons was overwhelming, but when I saw everything it made me feel like we could do this—overtake the Germans and run them out of France. The fighting was intense, and more than once I thought I was going to die. I did lose many good friends on the beaches, and I will never forget them.

LM: You visited Paris before the war. How did it feel to return under the occupation?

Simon: I was saddened by the change in Paris. Always called the City of Light, it was anything but that when we arrived to perform reconnaissance. People trudged down sidewalks, studiously avoiding eye contact with other. Many people were dressed in rags and looked malnourished. There were very few children on the streets. I’m sure parents didn’t feel it was safe to allow them outside to play. It broke my heart to see the Swastika flag flapping in the wind everywhere I looked.

LM: How did you feel when you had to hide out with the help of a prostitute to avoid detection?

Simon: To be honest, I wasn’t too happy about it. It was bad enough we had managed to be discovered, but then to have to depend on someone we barely knew and of that profession…well, it was difficult. I couldn’t be sure that she wouldn’t turn us in.

LM: Tell us about the liberation.

Simon:  Everyone knew we were coming, even the Germans, which made me wonder what kind of fighting we’d face. They did give some resistance as they left, but they retreated and once we made it to Paris there were very few troops left. The French Interior Forces had engaged them, and we did as well, but only for short bursts. Even though the Germans were retreating, they didn’t go quietly. We ran into our fair share of snipers. The crazy part occurred when we were about ten miles outside the city. We were inundated with French citizens. They were celebrating our arrival. They offered food and drink and tried to kiss many of us. There was dancing and singing, too. They definitely slowed our progress. It was very unexpected.

LM: What is next for you?

Simon: The war is winding down, but far from over, so I will continue with my unit, praying God sees fit for me to survive. Then it’s back to Boston!

Sold by her parents to settle a debt, Simon Bisset is forced into prostitution. Years later, shunned by her family and most of society, it’s the only way she knows how to subsist. When the Germans overrun Paris, she decides she’s had enough of evil men controlling her life and uses her wiles to obtain information for the Allied forces. Branded a collaborator, her life hangs in the balance. Then a British spy stumbles onto her doorstep. Is redemption within her grasp?