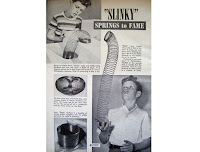 As the saying goes: “necessity is the mother of invention,” and war often brings the necessity to create. Most would not be surprised to learn of the development of new technologies in weapons, computers, planes, and ships, but did you know the Slinky™ came about during WWII?

In 1943, Naval engineer Richard James was tasked with figuring out how springs could be used to keep important (and expensive) equipment safe at sea. During part of his research, he dropped a torsion spring and watched it “walk” across the floor. (A torsion spring works by twisting and storing mechanical energy. Take a peek at a mousetrap for an example.) A few changes were made and by the end of the 20th century over 250 million Slinkies were sold. 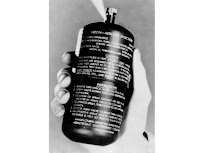 What about your hairspray or that non-stick cooking spray you use? Yep, the aerosol can was invented during the war by Americans Lyle Goodhue and William Sullivan. It was created as a “bug bomb” to help thousands of British and American soldiers from malaria-carrying mosquitos during a campaign in the Philippines.

Do you ladies still wear panty-hose (also known as nylons)? You can thank the Du Pont Company who invented this stronger-than-silk material. Devised before the war, it didn’t come into heavy usage until silk was rationed so air crew could have their parachutes. Nylon became so popular it became the “go-to” alternative to silk stockings and undergarments. 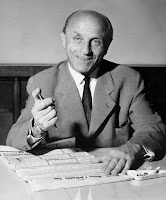 I love ballpoint pens. They write smoothly and don’t “gunk up.” Apparently that’s why they journalist and artist Laszlo Biro created the first commercially successful ballpoint pen. He was fed up by the fountain pen’s tendency to smudge and grabbed his scientist-brother George to work out the kinks of an alternative. By 1938, they had a patent and managed to sell 30,000 to the RAF for pilots to use at high altitudes where reservoir pens tended to leak.

These are just a few of the household items that came into being as a result of WWII. Some of the others? Superglue, freeze-dried coffee, photocopying, and ATM machines.