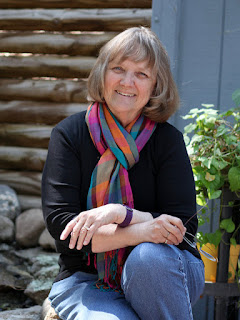 Linda:  Thanks for joining me today. Congratulations on your latest release Promises to Keep, the fourth in the series. Where did you get your inspiration for the plot, and did you set out to write a series or did that just happen?

Judythe: Thank you for having me. I enjoy meeting new authors and sharing our love of storytelling with their blog readers.

The inspiration for the stories in the PROMISES series began during my days as a Department of Army Civilian in South Korea during the Vietnam War. I wrote The Pendant’s Promise and never anticipated writing any more stories about those characters until readers sent emails and letters wanting to know more about the characters. I wrote a prequel about how Lily and Alex met.

That still wasn’t enough. Readers wanted secondary characters’ stories, which led to a third book. I was quite sure that was the last book. All the main characters had their happy endings.

David Sands, the hero of book three, didn’t agree. He told me he’d lost Shirley, his wife in book three, to cancer.

Then Debra Hughes, another secondary character in the third book, confided she’d half-fallen in love with her dead best friend’s husband. That was all it took to stir the creative juices. The romantic in me knew I had to find a way for the two to be together and I wrote Promises to Keep.

Since The Pendant’s Promise started the PROMISES series, it was only fitting that keeping promises should end the series.

Characters link the four books, but each book is a standalone story.

LM: You have published several books. What is your favorite part of the writing process?

Judythe: My favorite part of the writing process, believe it or not, is the editing process. I love rewriting, wordsmithing for the best way to share the story once I have the story down. It’s a satisfying process to go back and make the story better.

LM: For a long time, you wrote nonfiction (curriculum, lesson plans, etc.) which some might say is vastly different from fiction writing. Do you agree? Disagree? Did your nonfiction work prepare you in any way for your fiction?

Judythe: I agree that writing non-fiction requires a different skill set than fiction writing. Non-fiction is all about telling and facts. Fiction is getting into the head (POV) of your characters and letting your reader live the story.

I recognize that difference when I write my weekly blog posts. It’s a challenge sometimes to write straight non-fiction blogs.

But, I believe my non-fiction experience enhances my fiction writing, especially when it comes to discerning who, what, where, and why of a storyline. That’s very helpful to a pantster like me.

LM: What do you do to prepare yourself for writing? For example, do you listen to music or set up in a specific place?

Judythe: I am blessed to be able to claim our extra bedroom as my writing office. Having a dedicated place means when I enter the door my mind is set on getting words on the page and the business of writing. I’m away from distractions and I can keep all my stuff as untidy as necessary when I’m on deadline.

Judythe: I never think of things I do as quirky (though others may), but I’ve done a few things that might be considered daring. During the Vietnam War, my husband went to South Korea to serve in support of the troops. Without a second thought, I sold our car, bought round trip tickets for Seoul, Korea, packed up our toddler daughter, and followed him. We were unauthorized dependents so lived off the military post in a little village called Han Nam Dong.

I wasn’t brave. I wasn’t being quirky. I simply wanted us to be together as a family. And, God honored that commitment. We shipped home a piano purchased through the PX and over the years I’ve spent many hours practicing on it preparing to accompany church services.

Then many, many years later, my experiences in South Korea enhanced the PROMISES series books.

Judythe:
Favorite Place to Visit: That’s easy - Ireland. Both my grandmothers’ families emigrated from Ireland. When I visit, the sights and sounds call to deep kinship and connections. I even pick up the brogue.

Favorite Type of Music: Being from Texas, I grew up on country western. When Christian radio stations appeared, I became a big fan. I still prefer the old hymns best, though, and am thankful we have a local Christian station that plays them.

Favorite Season: This is a tie between Spring and Fall. I love spring when green starts popping up and trees begin to sprout. There’s a freshness, a feeling of starting over. A second chance. And then, I love how God’s paintbrush sweeps color through the trees in the fall.

Judythe: I’m excited to be working on a romantic suspense, a new genre for me. Working title is Seeing Clearly. Evie is a forty-something widow raising her grandson after his parents die in a car crash that wasn’t an accident. There’s a kidnapping, and an ex-cop hero, who’s a decade younger than she is. It’s fun story to write, and at the same time, a challenge.

About Promises to Keep: Two men and one woman met at Eighth Army Headquarters, Yongsan, South Korea in the sixties. That fateful encounter bound their lives forever.