The Diary of a Young Girl by Anne Frank is perhaps one of the most well-known and widely-read books in the world. Only thirteen years old when she was forced into hiding with her family in July 1942. A little more than two years later, the family was discovered and captured by the Gestapo. Tragically, only Anne’s father Otto survived the camps.

How the police learned of the Jews concealed behind the bookcase has been a mystery, and over the years dozens of theories have been put forward, but none have been proven conclusive.

One suspect is a man name Tonny Ahlers, a business associate of Otto’s and a member of the Dutch Nazi Party, reportedly highly anti-Semitic. According to the man’s son, Tonny found a letter from Otto Frank outlining his doubts over a German victory. Holding the correspondence over Otto’s head, he blackmailed Anne’s father until he refused to pay. 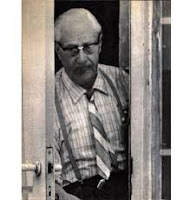 After the war, Otto indicated that a warehouse employee named Willem van Maaren was the guilty party, who was later subjected to multiple investigations related to betrayal. Another suspected warehouse employee was Lena Hartog-van Bladeren. Nelly Voskuijl, sister to one of the Frank’s helpers has also been brought forward as a possible suspect. A known collaborator who had relationships with many German soldiers, Nelly is thought to have been aware of her family’s involvement in hiding Jews.

A large percentage of historians feel the family’s discovery was purely accidental. That the group of police who found the fugitives weren’t normally responsible for finding hidden Jews, but rather investigating cases involving money. It is supposed that the police were checking reports of illegal employment and fake food ration cards, and stumbled upon the Franks.

A book published in 2018 has brought the latest theory forward, that of a Jewish woman who was executed after the war for collaboration with the Nazis. The author, Gerard Kremer, is the son of a member of the Dutch resistance of the same name. He claims that his father overheard Ans van Dijk speaking in Nazi offices about the location of where the Franks were located. That same week the Franks were arrested, however van Dijk was away in the Hague.

To date, none of the individuals identified have ever proven as the real culprit.